Samuel Stevens, who graduated from the University of Westminster in June with a first-class degree in Politics and History, has been chosen to undertake an internship with a charity in Peru which works to improve the country’s low-income communities’ access to medicine, education and development opportunities. 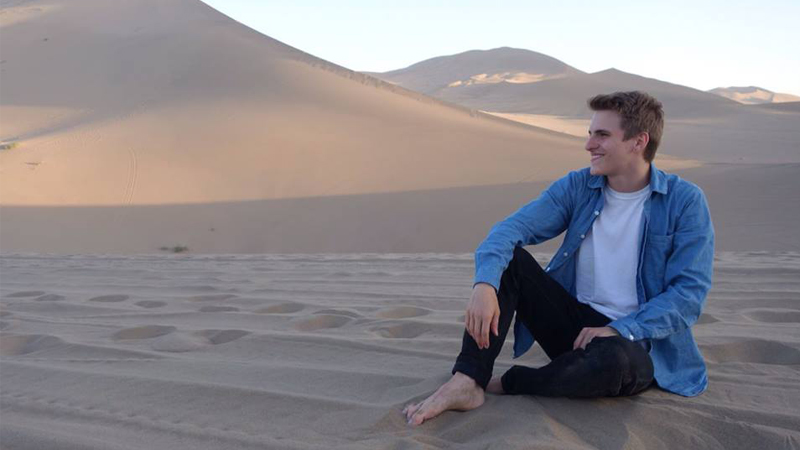 From September, Samuel will spend eight months carrying out the task of communicating MEDLIFE’s daily activities externally in order to build awareness of the charity and attract vital funds to make a difference.

Samuel is taking on the international adventure after being busy this summer visiting Moscow, Russia, then making the five-and-a-half-day-long Trans-Mongolian train trip to Beijing travelling through Siberia and Mongolia. He then explored four different provinces in China including visiting the Great Wall of China and Beijing – all on his own.

Inspired by his trip to Asia and thirsty for more international experience, the eminent graduate applied for jobs in Austria, Portugal and Peru, and upon getting offers from all places, he decided on the latter because it was “more adventurous”.

Samuel said: “I am looking forward to helping people. I could have gone into finance, banking, marketing or sales, making a lot of money, but that’s not what I care about. I care about other people - that's why I took this career path. After studying world politics, it was the choice I made with my heart rather than head. In moving to Peru, I am hoping to see more of the world, make a friend or two, and enjoy my independence.”

The graduate, who eventually would like to work in Politics, added: “My lecturers at Westminster were the instrument in my confidence when applying to jobs in the first place because they believed in me. Also, getting a first-class degree helped my self-esteem in the often quite despairing environment of applications.”

Samuel attended the University’s Faculty of Social Sciences and Humanities.