The exhibition, launched on Thursday 28 June by PhD student Denise Kwan as part of her doctoral research, encouraged over 30 British Chinese women to speak about their story and identity. 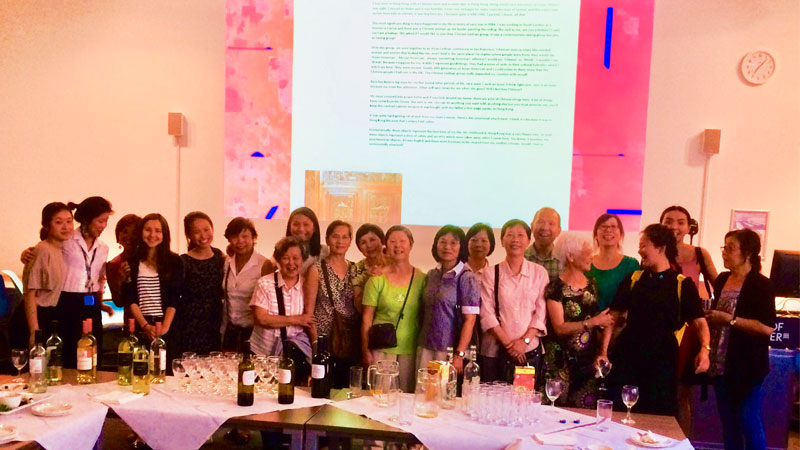 The opening event, as part of the Westminster’s HOMELandS symposium on migrant communities in global London, was supported by the Faculty of Social Sciences and Humanities and the Contemporary China Centre. It united the academic community with two generations of British Chinese women and included a workshop to visually explore the stories of objects that represent their sense of self and journey as women.

Due to the lack of academic research and public visibility on the matter, Denise developed the exhibition as a creative strategy to bring attention to less heard voices that symbolise a movement and migration marked by materiality and lived through material worlds. It celebrates the identities and diversity of British Chinese women through snapshots into their material worlds and artworks.

Inspired by her mother’s courage embodied in a pyjama set, the ‘Object-stories’ project provides an insight into the lives of over 30 British Chinese women through art.

Talking about her project, Denise said: “As an artist, my mother’s pyjamas became an inspiration for artworks as I set about experimenting. I realised the journey I embarked upon with my mother’s pyjamas could be shared with other women to discover other objects and stories. The seed was sown and this became a doctoral project at the University of Westminster in 2016.”

“Women across London came forward and welcomed me into their homes and community centres and told me about their worlds and their objects. Their stories emerged with humour and determination as they spoke of a range of life experiences. They showed me an eclectic diversity objects which I could not have anticipated.”

Learn more about the University of Westminster’s HOMELandS.