BBC reporter and news presenter George Alagiah received the Charles Wheeler Award for Outstanding Contribution to Broadcast Journalism at a star-studded ceremony in the University of Westminster’s Regent Street Cinema on 14 June. 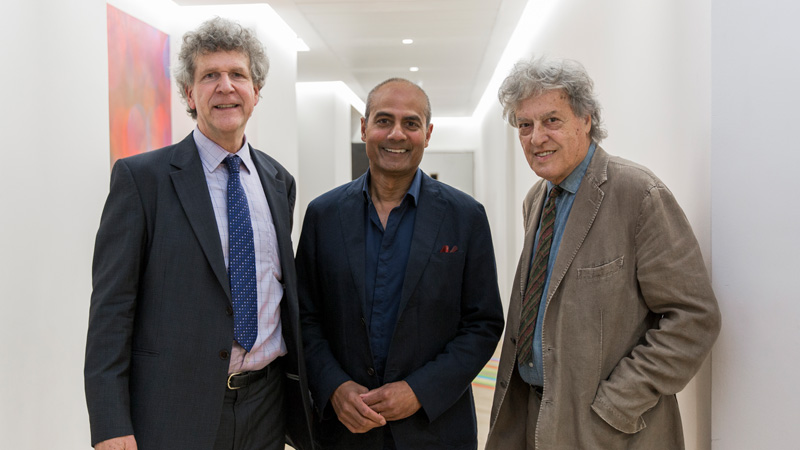 Organised in collaboration with the British Journalism Review, the Award is made each year in honour of the late Sir Charles Wheeler, widely acknowledged as one of Britain’s greatest broadcast journalists.

Following a compilation video of George Alagiah’s most memorable broadcast moments, Sir Charles’ widow Lady Wheeler presented the Award. In response, Alagiah said: “The most important thing is looking at how credible the story is and how true the story is, all those things which Charles Wheeler stood for which is why it is a particular honour for me to be given this award today. To do that, to tell the story with authenticity and with commitment, takes money, it takes training and it takes time. There are no shortcuts to good journalism.”

He continued: “I try to be a voice to those people who have been denied a voice, who cannot find their voice, for those people who feel that the world is too complicated to have a voice. I try to do that with every report that I have been involved with.”

Alagiah recalled the time when he met Nelson Mandela in South Africa who had pointed at a group of journalists including him and said, “You are privileged people - you can observe from here but when you judge you do so from afar.”

Alagiah said: “I know that I stand here in front of you today as a man who benefits enormously from everything the richer world can give us but I try each day not to forget I began my particular journey in the poor world, and that transition is one that billions of people have yet to make. And we, all of us in this rich country, have a role to play helping to make that journey somewhat easier and more likely.”

Later distinguished playwright and former journalist Sir Tom Stoppard gave a keynote speech followed by a Q&A session led by University of Westminster’s Professor of Communications Steve Barnett, which covered definitions of the public interest and finding the right balance between privacy and free speech in a democracy.

Lively discussion continued in the subsequent reception, which Boris Johnson joined after taking part in an EU Referendum debate.

Boris Johnson at the University of Westminster

George Alagiah at the University of Westminster's Regent Street Cinema