University of Westminster Film and TV Production BA (now Film BA Honours) alumni, Babak Anvari and Kit Fraser, have been making waves with their debut feature, Under the Shadow, with the streaming rights snapped by Netflix before the film premiered at Sundance Film Festival to rave reviews. 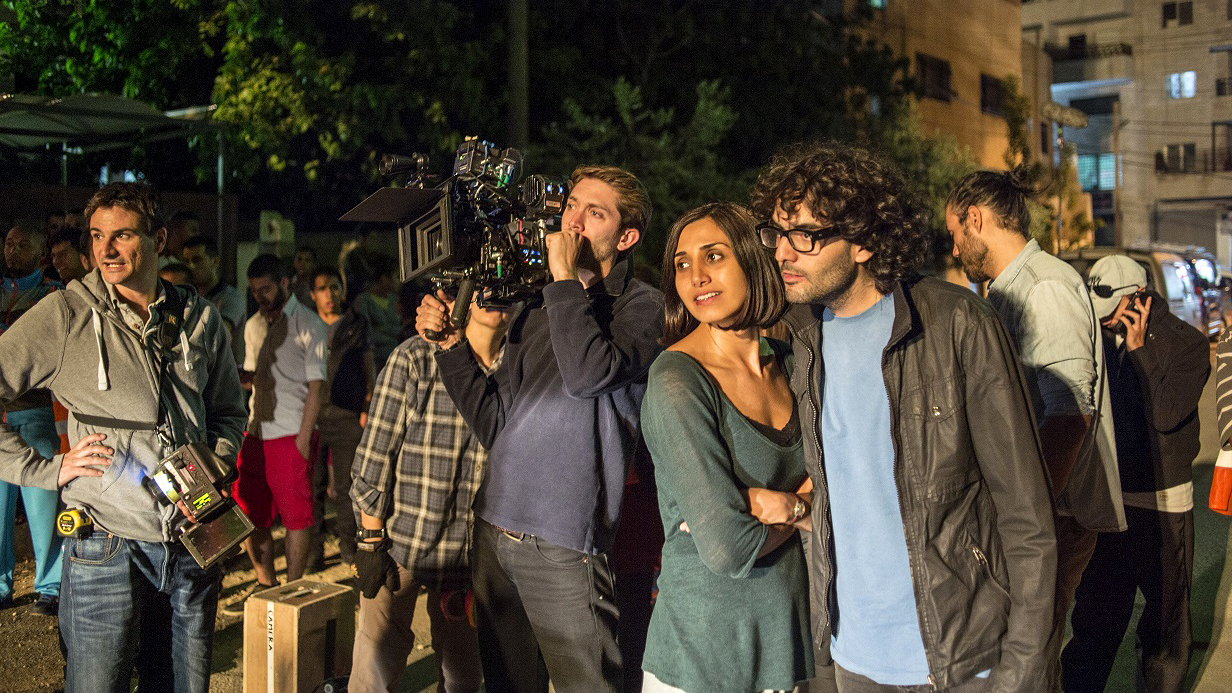 The film was one of the hits of the festival, with The Guardian calling it “This year’s unarguable horror standout” and “the feminist horror film that scared Sundance silly”, while Variety hailed it “among this year’s most buzzed about indies at Sundance”. IndieWire praised the film as “the first great horror movie of the year”.

Under the Shadow is set in Tehran in 1988, in the last years of the Iran-Iraq War, when missiles are raining down and the city is gripped by terror. Talking to the University of Westminster, director Babak spoke about how this setting called on his earliest childhood memories. “I was born in Tehran and I spent the first five years of my life there, living through the war. It was a dark and intense time, with the city going through lot of changes. For the film, I was really tapping into these memories of the horror of these times.”

When a missile lodges into an apartment block, unleashing a supernatural entity onto a mother and her young daughter, the film begins to unfold into a psychological horror. While keeping Sundance at the edge of its seat, the film can also be read as a parable for the oppression of war and harbours a strong feminist undercurrent.

Babak described how his experiences of war became entwined with the supernatural aspects of the film. “I had a childhood friend who would tell me stories of jinn – an entity from middle-eastern mythology akin to a demon. I loved to hear these stories but then I would lie awake all night I was so scared. For the film I tapped into these childhood memories – of the horrors of the war and the fear of these stories of jinn – fictionalised them and brought them together. I thought it would be a great setting for a psychological thriller.”

Reviews have been quick to praise the film for its inventive and innovative use of camera angles, racing camera movements, and panning, to build suspense and create moments of shock. Director of Photography, Kit explained: “Babak and I spent a lot of time in development and pre-production discussing how we could build suspense and watching numerous films to study how it has been done successfully before. The works of Polanski, Aronofsky and Fincher were a great source of inspiration.”

The two met at the University of Westminster while studying for their degree. “Kit and I met in the first term at University and we have worked together ever since.  We loved working together and have now been collaborating for 13 years. The best thing about Westminster was getting the chance to meet lots of like-minded people. You also get the opportunity to experiment and shoot, as well as learn about aesthetics and film analysis,” said Babak. Kit and Babak went on to collaborate on short films, including the BAFTA-nominated Two&Two before the feature-length Under the Shadow.

Speaking of his time at Westminster, Kit said: “The facilities, in particular the camera, lighting equipment and studios, allowed me to experiment and develop new skills on a daily basis. Westminster also has an excellent relationship with the industry which meant I had access to the latest technology and could stay on top of what was currently being used for professional productions.”

Asked what advice they would give to budding filmmakers, they said: “Shoot as much as you can – you will learn from every job, however small. It is a creative industry and you will ultimately get further if you pursue creative ends as opposed to financial ones. And be tenacious. You have to develop a thick skin early on as it is an industry based on rejection. Believe in yourself and keep pushing.”

Under the Shadow will show in cinemas in the autumn, and afterwards on Netflix.