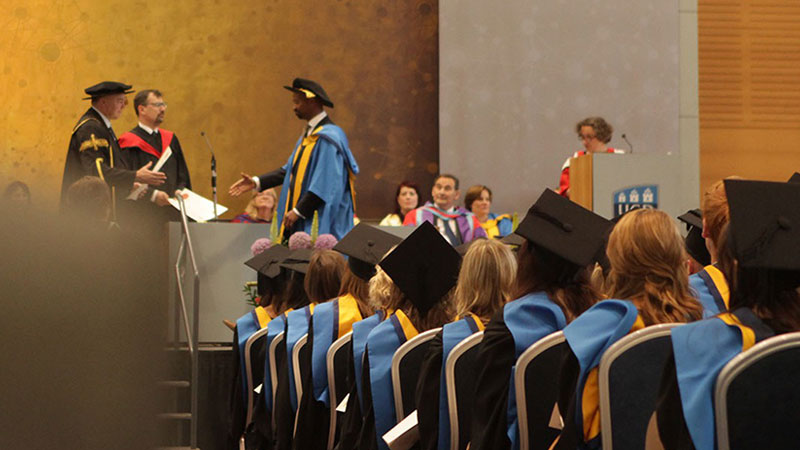 His thesis 'Cinematography of Videojournalism: Towards a Creative Methodology' is an examination of videojournalism and the confluence between broadcast news, design, art and cinema.

Videojournalism, in spite of its name, is a discipline not confined to broadcast news production and was created in the 1990s as a departure from the conventions of broadcast journalism.

Dr Dunkley Gyimah, who’s previously worked for Channel 4 News, ABC and BBC News, argues from empirical evidence that broadcasters such as the BBC re-framed the practice to suit their needs to which its description has been erroneously aligned.

As one of the UK’s first 30 videojournalists in the 1990s, working for Associated Newspaper’s Channel One – the first and thus far only dedicated videojournalism station – Dr Dunkley Gyimah’s methodology embraces the reflective practitioner and autoethnography, but also broadens into ethnographic studies of various groups.

Dr Dunkley Gyimah interviewed nearly a hundred experts on video or as sound recordings, which he intends to turn into a film. One of the interviewees was the father of cinéma vérité Robert Drew (who has since died); his interviews were made into a short film, Cinema Journalism. The film was aired at Apple’s store where Dr Dunkley Gyimah was invited to talk about his research.

He’s currently turning his research into a book and looking to create an academy of innovative practitioners from regularly speaking at international conferences. You can view more of his work at viewmagazine.tv.