May news from International Law at Westminster 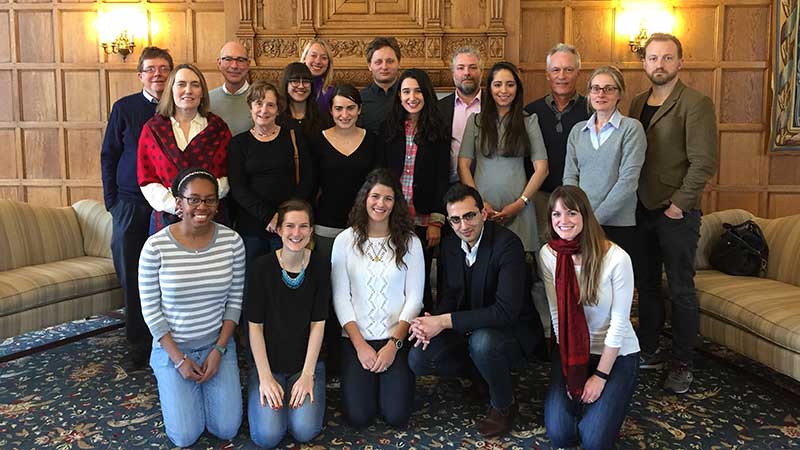 International Law at Westminster is pleased to announce that a new academic staff member, Dr Ioannis Glinavos, a Senior Lecturer in Law, has recently joined the research group. Dr Glinavos studied at Essex (LLB) and Kent (LLM, PhD) before taking a Teaching Fellowship at SOAS (Contract Law). He then held lectureships at Kingston (Contract Law) and Reading (Company and Commercial Law). He has published two books with Routledge (2010, 2013) and a series of articles on Law and Development, Law and Economics and Investment Arbitration. He is currently researching foreign investor rights in the context of the economic crisis.

Dr Glinavos will host a one day conference on economic crisis, titled Adrift in the European Crisis: Interrogating the Impact of Global and Regional Legal Reforms on Economic Rights on 17 September 2015 at Westminster Law School. The aim of this event is to delineate the boundary between individual freedoms and social objectives in seeking legal answers to the challenges of global and regional economic governance. Papers on a broad range of economic related rights in European and International law from academics and practitioners are warmly welcome and should be submitted to Dr Glinavos by 1 August 2015.

On 26 April 2015 a German online magazine, Focus, published an article in response to Dr Glinavos’ earlier blog entry of 21 April 2015, titled Basta Yani! The good fight has been fought, but it is time to stop, in which Dr Glinavos critiqued the Greek Finance Minister, Varoufakis.

Convened in March 2015 by the University of Michigan's Program in Refugee and Asylum Law, the Seventh Colloquium on Challenges in International Refugee Law (see photo above) resulted in a set of guidelines relating to the proper interpretation of 'political opinion' within the context of Article (1)(A)(2) of the Convention Relating to the Status of Refugees 1951. The Michigan Guidelines on Risk for Reasons of Political Opinion (2015), produced by international refugee law experts (including Professor Hélène Lambert, a member of International Law at Westminster) and JD students, under the supervision of Professor James C Hathaway (University of Michigan), are now available.

Dr Marco Roscini has published an ASIL Insight on the cases brought by the Marshall Islands before the International Court of Justice against the nuclear weapon states. The Insight analyses Article VI of the 1968 Treaty on the Non-proliferation of Nuclear Weapons, in particular the scope of the obligations it entails and its alleged customary character.On 7-8 May, Dr Roscini participated in a conference on erga omnes obligations organised by the University of Bologna in Ravenna, Italy. In his presentation, Dr Roscini discussed whether there are any erga omnes obligations in the area of non-proliferation and disarmament law. He also discussed the enforcement aspects of such obligations. On 15 May, Dr Roscini participated in a conference on The concept of remoteness and International Law organised by the Society of Legal Scholars and the British Institute of International and Comparative Law in London. His presentation addressed how the remote character of cyber operations affects certain provisions of law of armed conflict.

Dr Paresh Kathrani attended a multi-partner conference in Madrid, Spain as part of the EU Tempus Funded ‘Abdem’ Project: ‘Approche basée sur les droits dans l’enseignement supérieur au Maghreb’; ‘Rights-based approach to higher education in the Maghreb’, referred to in April news. The consortium of institutions discussed the results of phase 1 of the project, namely data collection on the rights based approach to higher education in their respective countries, and also the framework for phase 2. During this second phase, the partners will map out a pilot programme for training university lecturers in the Mahreb on how to incorporate human rights into their programmes. This phase consists of three strands: pedagogic technique; substantive human rights law; and service learning. If there are any questions about Abdem, please contact Dr Paresh Kathrani.