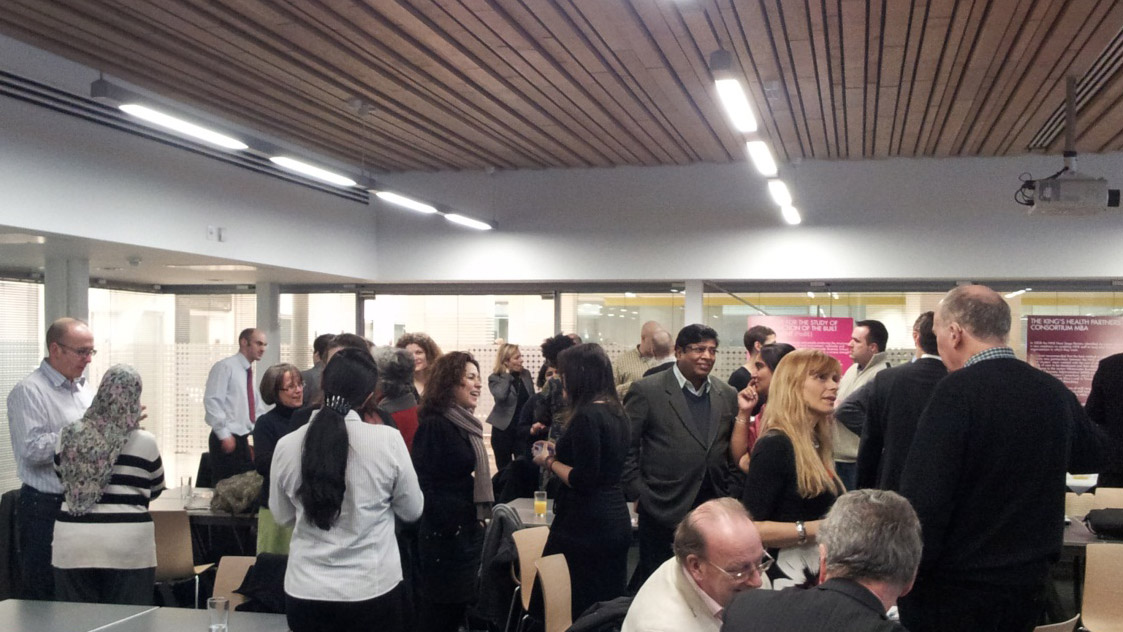 The Knowledge Café is part of the Gurteen Knowledge Community activities, which are both free and open to any interested parties. The Gurteen Community Cafés are mini-workshops based upon the World Café concept and the idea of business as a conversation, where the participants engage in the theme of the evening.

They are about networking, knowledge sharing and learning from each other - not chalk-and-talk. The start of a Café is a burst of speed networking, as a means to break the ice and enable introductions for future conversations.

The themed conversation is set up through a short introduction of a topic or question, which is then discussed in groups of 4/5, who after a period of time move to different tables to continue the conversation.

This movement will typically occur three times as the Café usually runs for two hours and  culminates in a broad group conversation. This particular Knowledge Café was hosted by Keith Patrick and Fefie Dotsika and drew 40 participants from a range of public and private sector organisation in a range of roles from Directors down, including several in London from overseas.

The topic for exploration led by Keith was an old chestnut ‘What could we do individually to encourage greater collaboration and sharing in our organisations?’ whose continuing relevance was apparent in the lively and divergent group conversations. The Café finished with an animated plenary conversation giving rise to an intense debate with a wide range of perspectives and providing individuals with a range of views and issues to consider. Although many of the conversations continued after the finish of the Café!