The Global Research Network on Collective Action by Atypical and Precarious Workers was launched on Thursday 17 August in Santiago (Chile). 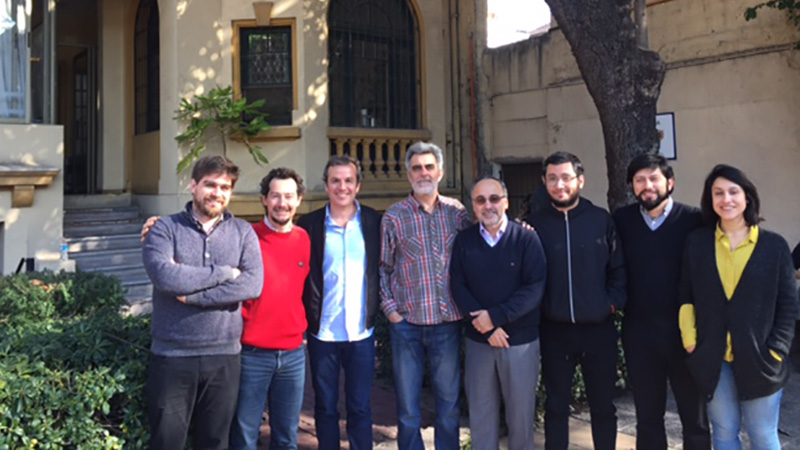 The network Coordinated by Dr Fernando Duran-Palma, Senior Lecturer at Westminster Business School, has been set up to facilitate collaboration and build lasting research partnerships among researchers studying new forms of action and organisation by allegedly 'weak' workers across the world.

The launch took place in the context of the First International Workshop on Collective Action by Precarious Workers in Latin America, organised by the University of Westminster and hosted by the Faculty of Business and Economics of the Universidad Alberto Hurtado, where participants discussed a number of case studies from the region and their theoretical implications.

Both initiatives form an integral part of the project ‘Varieties of Collective Action and Organisation by Atypical and Precarious Workers in Latin America’. The one year project (2017-18), directed by Dr Duran-Palma, is part of the research programme of the Centre for the Study of the Production of the Built Environment (ProBE) and funded by the University of Westminster's Strategic Research Investment Fund.

The breakdown of the standard employment relationship, the expansion of precarious employment, the significant increase in inequality, and the resulting widening gulf between ‘good’ (traditional) and ‘bad’ (precarious) jobs characterised by insecurity, vulnerability, and uncertainty, are some of the main trends that characterise the world of work in developed and developing countries.

The wide-ranging impact of these transformations has been exacerbated by the general decline of trade union power and influence and the widespread perception of precarious workers as too weak and vulnerable to even contemplate organising. Most precarious workers thus find themselves without access to independent union representation when they need it the most. However, atypical and precarious workers across the world have developed new and successful forms of collective action and organisation, demonstrating that they are far from weak and unorganisable.

Unfortunately, these experiences have too often been ignored and, as a result, the literature has failed to take into account their transformative potential not only for improving the material circumstances of these workers but also to advance the delivery of quality jobs along with social protection to achieve sustainable, inclusive economic growth, and reduce poverty and inequality.

The project aims to address the issues of what ways, why, and how far, precarious workers are confronting their vulnerable, insecure, and unequal worlds of work by analysing and explaining similarities and differences among new forms of collective action and organisation in Chile, Argentina, and Peru.