Just half a bottle of water could boost students’ exam success, research finds 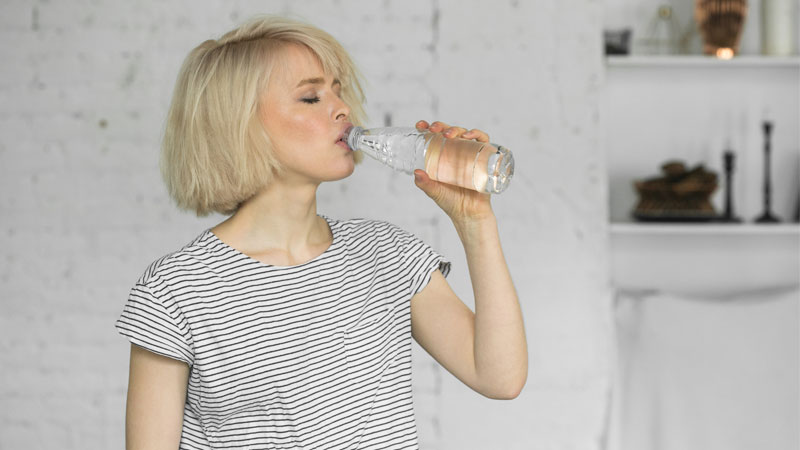 The research study found that remembering to drink water during exams could make a big difference to the performance of three million young people taking them this summer.

Dr Mark Gardner, Principal Lecturer in the Department of Psychology, together with Dr Caroline Edmonds at the University of East London carried out a series of attention and memory tests on young adults before drinking water, after consuming 25ml and then 300ml.

In the same tests on children aged 7 to 9, scientists saw a 31 per cent improvement in attention after only 25ml of water consumption - compared to 12 per cent in young adults. The findings also showed that thirst for both groups was satisfied at 300ml with adults also reporting an increase in ‘good mood’ by almost 20 per cent after drinking the same amount.

The results follow a similar study carried out in 2012 which found that foundation year students who took a bottle of water into the exam room scored an average of 5 per cent higher than those who did not have water.

Speaking about the research, Dr Gardner said: “This study shows how drinking water can make a difference to cognitive performance. We are interested in the practical implications of this work, and continue to investigate the causal mechanisms underlying these findings.”

Dr Emma Derbyshire, nutritionist and advisor to the Natural Hydration Council said: “The adult body is about 60 per cent water and insufficient hydration can have an adverse effect on how our brain and body functions.

“Keeping hydrated throughout the day is important and with no calories, plain water is a healthy choice. It is also interesting to see that such a small amount of water can see such a significant improvement on children’s attention span”.

Find out more about Psychology BSc Honours at the University of Westminster.