On 27 February 2018 Joanna Lumley introduced her latest film, Finding Your Feet, to an audience of over 150 Westminster Alumni and Westminster City residents hosted with the Sir Simon Milton Foundation. 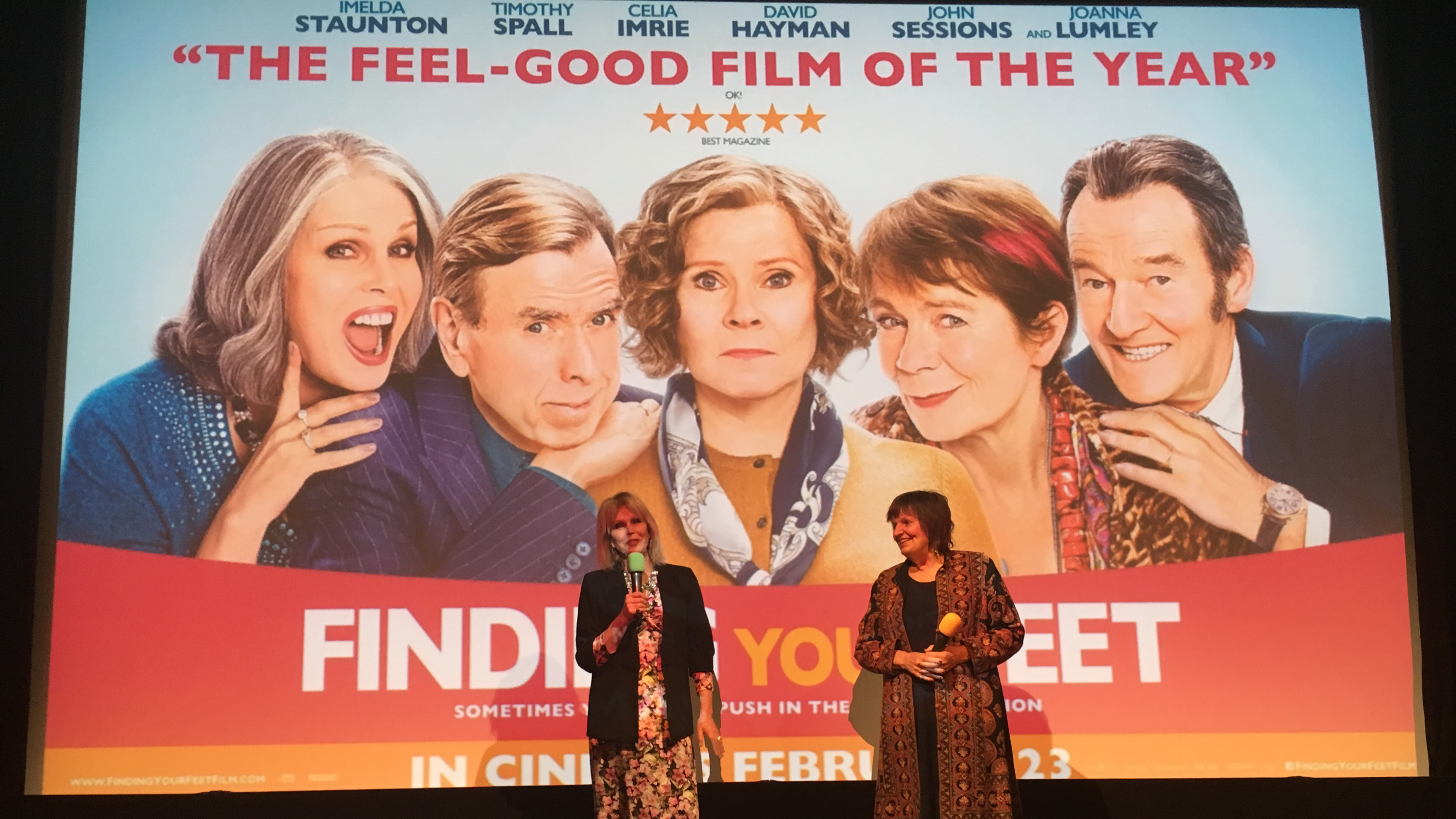 The event was coordinated through the University's Alumni Team, with the Sir Simon Milton Foundation who hold the annual Silver Sunday celebration, of which Joanna Lumley is a staunch supporter, and was attended by Imelda Staunton. To the audience's surprise and delight, Imelda and Joanna conducted an impromptu Q&A after the screening, which was very well received.

Speaking to ITV London News about the screening Joanna said, "We're here for a special screening of Finding Your Feet at what used to be the old London polytechnic, at the Regent Street Cinema, and it's a special screening because I wanted to see the film with this audience of people who will be celebrating Silver Sunday. Silver Sunday's are to celebrate the older people in our society, particularly those who are alone."

,
Joanna Lumley and Christobel Flight at the Regent Street Cinema with the Silver Sunday Team
,

Silver Sunday is a day of free events and activities for older people, set up five years ago by the Sir Simon Milton Foundation to celebrate old age and combat loneliness which is huge issue for the older generation.

The University of Westminster also hosts events aimed at older audiences, hosting Matinee Classics every Wednesday. The cinema screens a classic film, offering tickets for just £1.75 for the over 55s followed by free tea and coffee and a Tea Dance.

Speaking about Westminster's Matinee Classics, Joanna said: "Tea Dances are the thing to do, at any age! I think that's a fabulous idea, I'm right behind it! I'll bring my dancing shoes."

Describing the film, she said: "I think this is a darling film, not just for people of a certain age, but for young people too. It might give you ideas for how much light and love there is still in people whose bodies are getting old but whose minds are still as young as when they were 25."

Finding Your Feet is in cinema's now.

Find out more about Matinee Classics at the Regent Street Cinema.