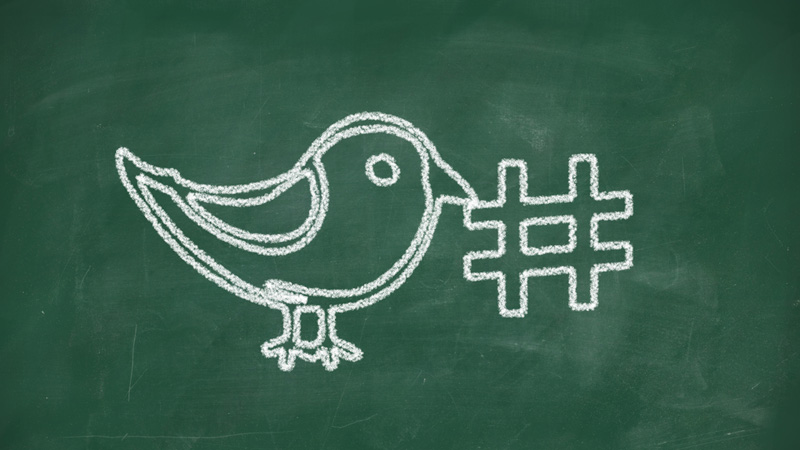 Bouabdallah publishes a photo or a link and asks students to comment on it in Arabic. He also runs a Twitter poll about events happening in Arabic-speaking countries and discusses the results in class, and sometimes uses Twitter’s built-in translation tool and judge its accuracy.

When speaking about his modern take on interacting with the students, Bouabdallah said: “They have to tweet outside the class, and we discuss it inside the class.”

His research has suggested that Twitter is a popular learning tool with 80 per cent of surveyed students responding positively to its use. He explained that shy students in particular can benefit, as they may prefer to be active online rather than in class.

Also he described how using Twitter to teach a new language can help fill a gap in Arabic-English teaching resources for students with more specialised interests, especially those who struggle to find relevant textbooks in subject areas such as business, media or medicine.

He also added: “If we can do it in Arabic, which is quite hard to learn in terms of script and structure… then you can do it with other languages.”

Bouabdallah will share his experience of using Twitter to teach journalists Arabic at the BETT education conference at the ExCel London conference centre between 21-28 January.

The University of Westminster’s Professional Language Centre and Department of Modern Languages and Culture offer an exciting range of opportunities to study European and non-European languages. There are many paths to study another language. You can do so by choosing one of its Undergraduate or Postgraduate language courses or picking up an optional Polylang module alongside your main course of studies.

Learn more about Languages at the University of Westminster.