Following the success of the field trip to Berlin in 2015, staff members of the Department of History, Sociology and Criminology once again accompanied a group of 29 students to the German capital in April 2016. 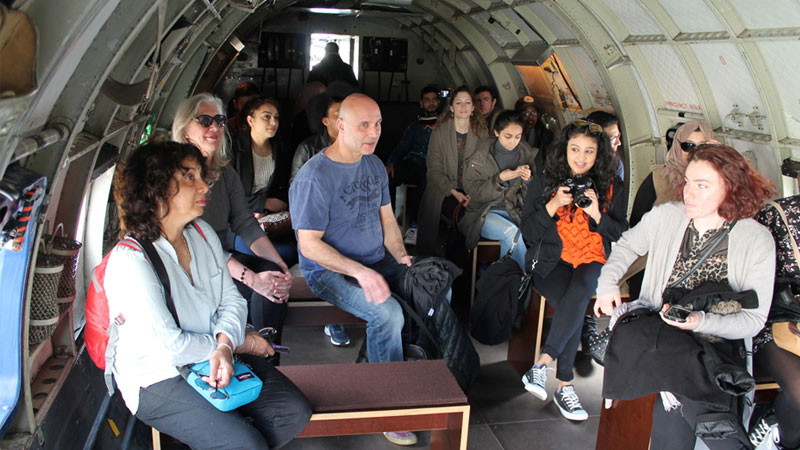 Based in student apartments in Berlin city centre overlooking the Brandenburg Gate, the Reichstag and the Holocaust Memorial, the students had the chance to explore both the former eastern and western parts of the city. They were offered guided tours of the Typography of Terror Museum and the Sachsenhausen Concentration Camp where they learned more about the reality of life and death under the Nazi regime. Students also visited the Stasi Prison Museum, familiar to those who had seen the award-winning film about the East German secret police, The Lives of Others, as well as the Allied Museum with its depictions of the Berlin Airlift of 1948.

The History students were part of a group studying ‘Democracy and Dictatorship: a History of Europe in the Twentieth Century’, while attending Criminology students mainly study ‘Researching Crime and Justice’.

Students found the trip very beneficial to their studies, as well as a great experience. One student commented: “My experience on the trip was fantastic. I loved all of the visits that were planned and how they actually had a link with each other and with many of the things I have previously studied as a History student. It was also a great idea to have a social event to meet up with everyone on the trip whilst we were there one night. I’m really glad to be a part of a department that runs such interesting, beneficial and fun trips for its students!”

The Department of History, Sociology and Criminology is an inter-disciplinary department with an established research base bringing together scholars in these subjects.