History academic discusses the British Empire and the EU in Paris

Dr Peter Catterall, from the Department of History, Sociology and Criminology, took part in a roundtable discussion on ‘Studied Ambiguity and Empire’ at the New Zealand embassy in Paris earlier this month. 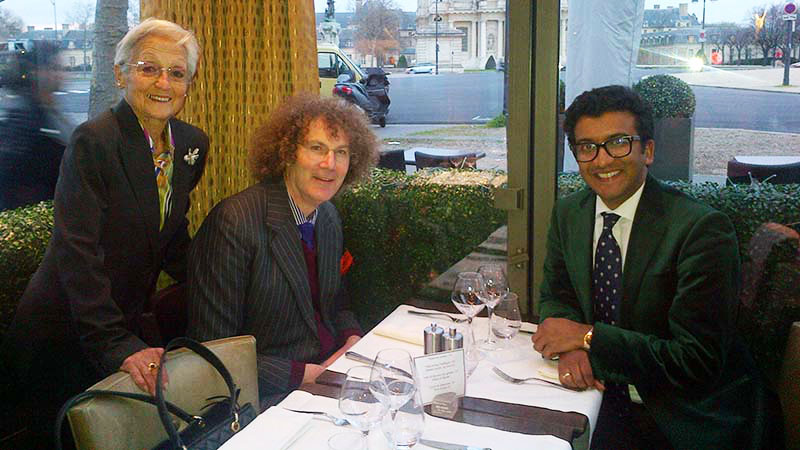 He drew attention to parallels between the current EU referendum debate and British domestic politics, arguing: “in Britain it is very clear where power resides, and when we are fed up with those in power we kick them out. In Europe, however, there is no such clarity about who has the power or how you hold them to account. Indeed, because the core of the EU is the contracts in the form of treaties between the Member States, whereas the Acquis Communautaire is intended to be clear and harmonised, these political matters of power relations are deliberately and necessarily ambiguous.”

He was talking with Dr Harshan Kumarasingham of the Max Planck Institute for European Legal History, Frankfurt about the ways in which ‘Studied Ambiguity’ has been used in the past and present to manage multi-national entities.

Dr Catterall and Dr Kumarasingham told the audience that not defining power relations between their member states has often been a characteristic of these organisations, not least so as to maximise consent. “This is entirely sensible in a multi-national organisation”, said Catterall. “The problem comes when you shift to a supranational body, in which you move beyond ambiguity in the relations between the Member States to ambiguity in the relations with citizens across those Member States.

“This is arguably where we are now in terms of the flaws in the fit between the legal form of the EU and the civil societies of its 500 million plus citizens. In such circumstances ambiguity, instead of being a means of maximising consent, can become a source of suspicion. This does not, however, mean that the solution is to kick ourselves out of the EU on 23 June.

“I would much prefer to see Britain playing a positive role in addressing these problems of ambiguity in power relations, rather than negatively and naively pretending that, in a complex and globalised world, ambiguity problems about where power resides can be addressed by the simple and simplistic solution of a Brexit vote,” commented Dr Caterrall.

Dr Peter Catterall has been Reader in the Department of History, Sociology and Criminology at the University of Westminster since 2012. Alongside this role, he also founded the journal National Identities, and is a trustee on the London Historic Environments Forum.