Five academics to represent Westminster at Being Human Festival 2017

University of Westminster academics Mykaell Riley, Guy Osborn, Matthew Morrison, Giulia Pepe and Petros Karatsareas have been selected to showcase their expertise at the annual Being Human Festival taking place from 17-25 November. 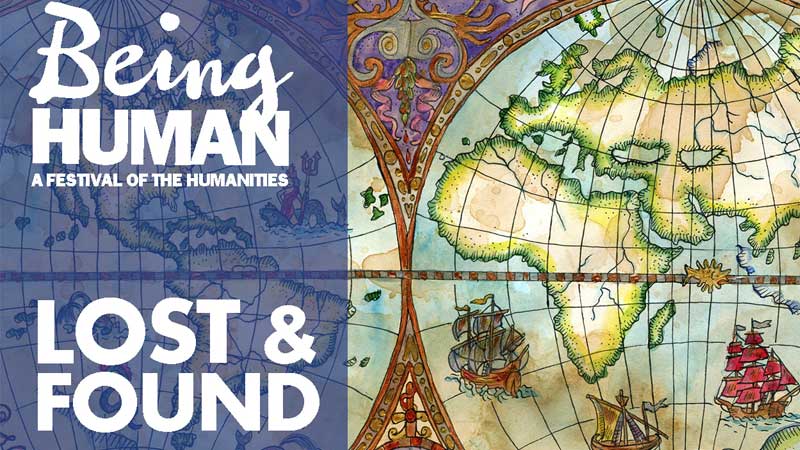 Being Human Festival is a national forum for public engagement with humanities research led by the School of Advanced Study, University of London, in partnership with the Arts & Humanities Research Council and the British Academy.

The festival highlights the ways in which humanities can inspire and enrich our everyday lives, help us to understand ourselves, our relationships with others, and the challenges we face in a changing world.

Now in its fourth year, the 2017 festival will focus on the theme of ‘Lost and Found’, enabling humanities research to shed light on hidden stories.

Senior Lecturer Mykaell Riley has received funding to deliver an event based on his project ‘Bass Culture’ Research as part of the Being Human Festival. The research project explores the impact of Jamaican music on British culture. The event, entitled ‘Bass in the attic: re-discovering and re-valuing the black British music heritage you have at home’ will uncover and re-value the hidden memorabilia we all may have lying around - and reconnect individuals and families to their musical heritage. The event, taking place on 19 November, will also present a panel discussion including Lover’s rock vocalist Janet Kay, popular musicologist Dr Shara Rambarran and Mike Darby of Bristol Archive Records.

Professor Guy Osborn and Senior Lecturer Matthew Morrison will be hosting a series of events, entitled ‘Found theatre and poetry: disrupting the everyday’, where visitors can experience a newly commissioned piece of digital theatre, an exhibition of rare Nobby Clark photographs as well as live poetry readings, curated by spoken-word artist Mike Garry, artist in residence at Westminster Law School. This will be taking place from 20-24 November in London’s famous ‘lost’ Soho Poly theatre, forerunner of today’s Soho Theatre.

Dr Petros Karatsareas, who submitted a photograph as part of the ‘Understanding our multilingual world’ exhibition for the Being Human Festival, has been selected to showcase his photograph at the festival. The photograph depicts one of the most iconic and traditional Greek Cypriot coffee houses that are dotted along North London’s Green Lanes.

Dr Karatsareas explained: “The sign reads O Pentadaktylos, referring to the highest peak on the Kyrenia Mountains in the northern coast of Cyprus. The old-fashioned, polytonic spelling with the rough breathing on the omicron (Ὁ) echoes the community’s Greek heritage. A Latin S, however, has supplanted the Greek Σ (sigma) capturing the way in which English is gradually but steadily replacing Greek as a means of communication within London’s Greek Cypriot diaspora in a pungent typographic allegory.”

Westminster PhD Linguistics student Giulia Pepe has also been selected to exhibit her photograph at the Festival. The photograph, entitled ‘Multilingualism on Wheels’, presents the Holborn School of Driving open to multilingualism as it offers driving lessons taught in English, Italian, and now in many other languages.

Find out more about the ‘Bass in the attic’ event.

Find out more about ‘Found theatre and poetry: disrupting the everyday’ event.

Find out more about the ‘Understanding our multilingual world’ exhibition.