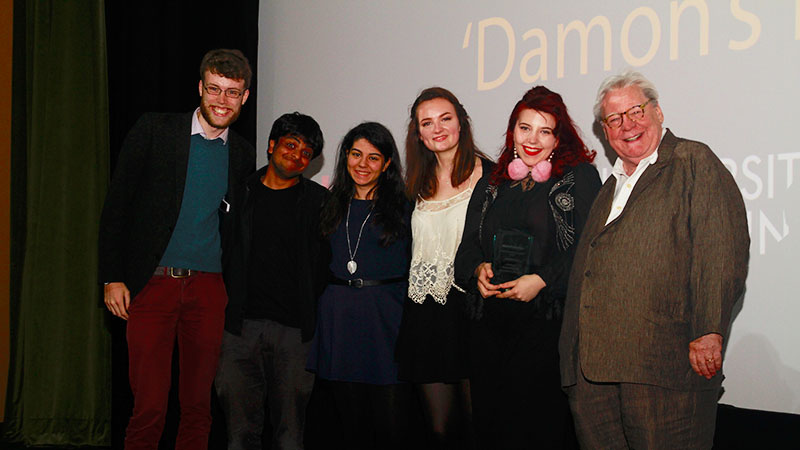 In order to enter the competition, the students were given the task of creating a thirty second advert for three specific briefs which were supplied by advertising agencies Mother and Libertine. The students had to create an advert for either road safety campaign Think!, hair styling company Scűnci or outdoor supplies company Go Outdoors. They were also tasked with using just one ten-minute roll of film provided by Kodak.

The University of Wesminster students came first in the Think! category and second overall, with their advert ‘Damon’s Funeral’, which highlighted the dangers of taking selfies whilst driving. The advert was created by students Herries Anderton, Ashwin Arvind, Gizem Kumbaraci, Melissa Searle and Aiste Jukstaite.

The fairy tale-themed Scűnci advert, which was called ‘Three Princesses’, came second in its category. It was produced by Kamila Stopyra, Charles Solly, Tim Warner, Aleks Tyczynski and Oliver Bentley.

The ‘Go Outdoors’ advert, titled ‘Been Inside Too Long’, also came second in its category. The advert was created by Tomas Santos, Peter Schmid, Bella Meyer and Plum Stupple-Harris.

,
Westminster students who came second for their ‘Go Outdoors’ advert, titled ‘Been Inside Too Long’
,

Elsewhere, the students also won the award for best script across all the categories for ‘Damon’s Funeral’. They were only beaten by postgraduate students from the National Film and Television School.

Speaking about the win, Peter Hort said: "As there are so many entries for each of the three advertising briefs, it's really important to come up with a strong and original concept. For all three of our students' entries to win awards is an exceptional achievement. 'Damon's Funeral' in particular is a unique take on the road safety advertisement."

The University of Westminster Film BA Honours degree taught at the Westminster School of Media, Arts and Design is one of the best known film and television courses in the world, with an international reputation for its academic and practical teaching.