Around 20 per cent of adults have fatty liver disease, putting them at increased risk of heart disease, stroke and cancer, Oxford and University of Westminster researchers revealed. 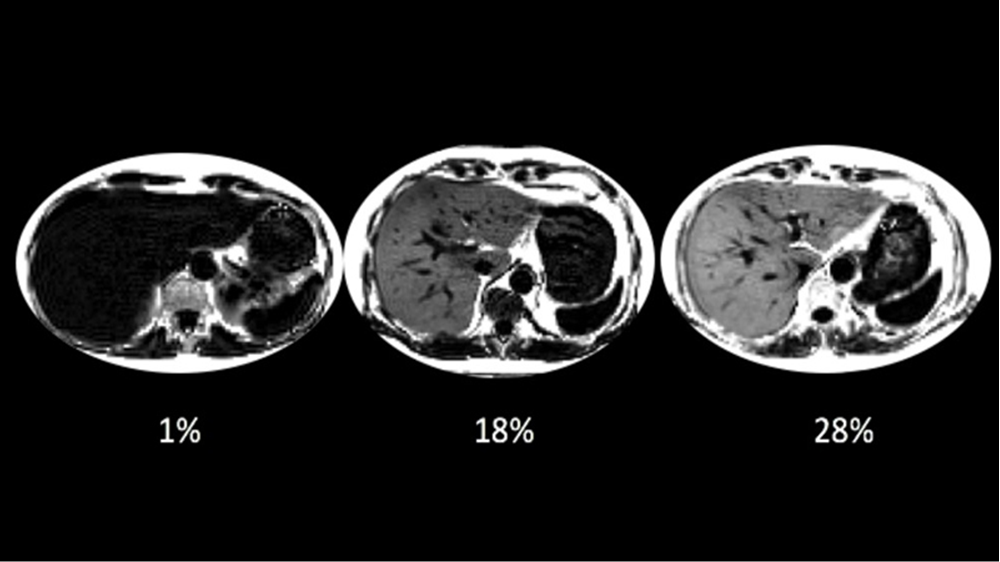 The scientists have been studying images from the UK Biobank MRI imaging study, the world’s biggest study of its kind ever undertaken.

In the past, diagnosing liver disease has relied upon invasive biopsies, but LiverMultiScan DiscoverTM technology, developed from the University of Oxford by Perspectum Diagnostics, can identify people with disease in a painless and safe 15-minute scan.

Liver disease has been highlighted by Dame Sally Davies, the Chief Medical Officer, as a major public health concern. The research published today shows that people with excess liver fat are more likely to have high blood pressure, coronary artery disease and diabetes.

This study was a joint project between scientists from Perspectum Diagnostics, and the University of Westminster, as part of an Innovate UK Knowledge Transfer Partnership. The work was done in collaboration with the UK Biobank and Imperial College London.

UK Biobank is a major national and international resource following the health of 500,000 people who were aged 40-69 years when they joined the study. Results from Perspectum Diagnostics are some of the first to come out of the imaging part of the UK Biobank resource, which plans to scan the hearts, brains and abdomens of 100,000 participants.

Perspectum Diagnostics’ Dr Rajarshi Banerjee, said it was exciting that the study was providing answers to important questions so quickly. “We know that fatty liver disease is a major health problem and it is important to develop new techniques that allow doctors to make quick and accurate diagnoses that don’t cause distress to patients,” he said.

Dr Louise Thomas, Senior Lecturer at the University of Westminster said: “Being able to look at the risk of liver fat in such a large population in the UK Biobank is a unique opportunity and will help us to understand more about how fatty liver disease develops.”

Learn more about the Department of Life Sciences at the University of Westminster.