A video is now available online of the recent seminar on China as a Global Clean Energy Champion – Lifting the Veil. 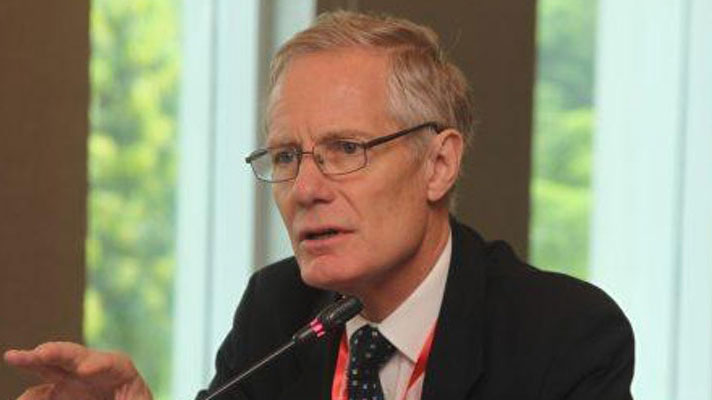 This Energy and Environmental Change MA talk was delivered by Dr Philip Andrews-Speed, a Senior Principal Fellow at the Energy Studies Institute, National University of Singapore. It provided insights into the perceived role of China as a rising global champion in clean energy.

Since 2010, this perception of China has arisen from a combination of action and rhetoric. Action has taken the form of construction of the world’s largest advanced coal-fired power station fleets, wind farms and solar photovoltaic arrays, as well as a sustained effort to reduce national GDP intensities of energy and CO2 emissions.

This seminar looked behind the headlines and examined the factors that have supported these achievements. These include the availability of capital, the role of state-owned companies with soft budgetary constraints, indirect support from local governments and abundant human capital.

On the other hand, it also examined the obstacles to reaching the formal goals of reducing air pollution and CO2 emissions, as well as the costs and unintended consequences of these policies. In addition, the seminar identified those parts of the energy supply chain where the governance of energy has been less effective in terms of energy efficiency and environmental protection.

Those interested in China’s role as a global player in sustainability issues may also wish to look at the research carried out by partners of the International Eco-Cities Initiative. A recently published article analyses eco-branding practices across Chinese cities.