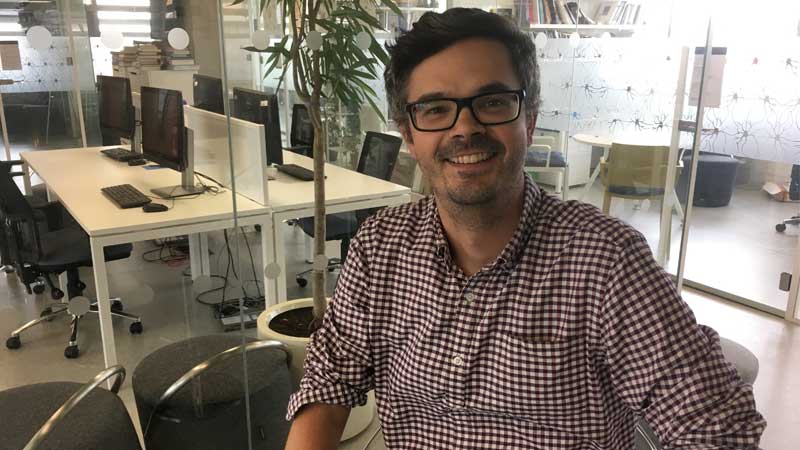 This paper, a collaboration between researchers from the University of Westminster, UCL, University of Cambridge, University of Oxford, University of Lisbon, and a UK champion beatboxer Reeps One, also known as Harry Yeff, was funded by Wellcome and sheds light on how learning and making music can affect mental processes.

In the research paper, published in the prestigious neuroscience journal Cerebral Cortex, Dr Evans and his co-researchers found that the area of the brain that controls mouth movements was particularly active when beatboxers listened to a previously unheard beatboxing track, while the ‘hand area’ of the guitarists’ brains showed heightened activity when they listened to a guitar playing.

The researchers brought in 60 people, with an even split between non-musicians, professional beatboxers and professional guitarists. The musicians had an average of eight to nine years of professional experience.

Whilst inside an MRI scanner, the participants listened to beatbox and guitar recordings that were specially prepared for the study, so that they would not sound familiar. The beatbox track was produced by Harry Yeff, known internationally under his stage name Reeps One, who co-authored the paper.

The team also noticed increased activity in a brain area typically involved in language tasks with complex audio-visual links such as picture naming or reading.

According to the researchers, these findings could help in understanding the brain networks involved in auditory perception, which may also have implications for speech and language therapy.

Dr Samuel Evans, from the School of Life Sciences, said: “This study is unique in examining the brains of beatboxers and guitarists. Together they provide a novel perspective on how musical expertise changes brain function.

“We already knew that a classical musical training shapes brain activity, but here, for the first time, we showed that the same is true for self-taught musicians and that these changes are very specific to the type of instrument that they play.”

Harry Yeff also commented: “This study is one example of how beatboxing is revealing the many lessons the human voice has on how our minds interface with our bodies.”

Find out more about Psychology courses offered at the University of Westminster.