Dr Rachel Aldred, Reader on the Transport Planning and Management MSc course, has written an article for The Conversation about switching to cycling to keep others safe on the road. The research also appeared in The New York Times, The Telegraph and The Times. 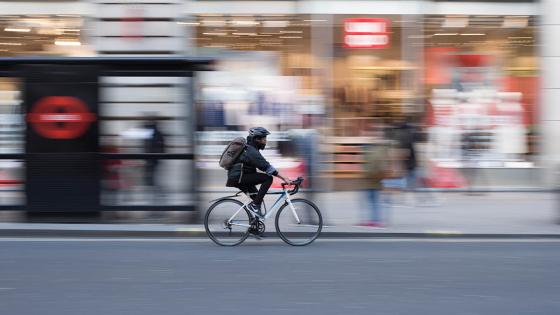 She wrote: “Our new research shows how many deaths to other people different types of vehicles cause. We’ve also examined how the gender of the person driving or riding affects the amount of other-party deaths.”

She added: “Cycling is relatively safe for others, while car driving kills three times as many other people per kilometre as cycling. If we used bikes for short trips rather than cars, lives could be saved.

“Just under a fifth (18%) of kilometres travelled by car come from trips under five miles. Imagine that we were able to shift around half those trips to cycling. If we shifted 9% of the distance currently travelled by car on non-motorway roads, this adds up to 14 billion km annually. Our data shows 619 other-party deaths each year linked to cars. So, a 9% fall in car kilometres might mean 56 fewer other-party deaths, annually.”