The University of Westminster’s renowned Ebola expert Dr Edward Wright from the Department of Biomedical Sciences welcomed 16-17 year old school pupils and their teachers to our Cavendish Campus and shared his insights into the history and biology of the Ebola virus and key factors that contributed to the current Ebola outbreak in West Africa. 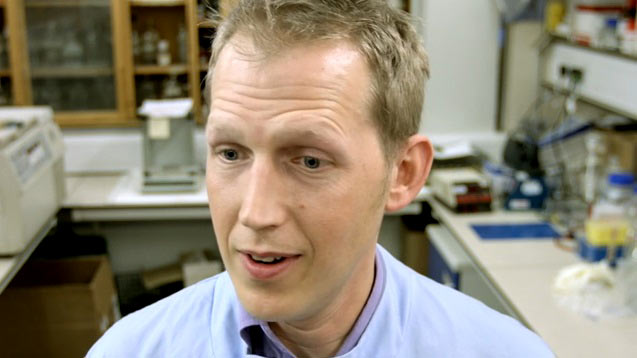 Dr Wright, Senior Lecturer in Medical Microbiology, told students that there were around 20 outbreaks of the Ebola virus in humans before this outbreak started. The total number of deaths caused by all those outbreaks was 1600 with 25-90% of infected people dying.

According to the figures of the World Health Organisation, as of 25 March 2015, 24,907 people were infected with Ebola and 10,326 people died as a result of the disease in the current outbreak. “It is thought that these figures are a lot lower than what actually happened. The mortality rate according to these figures stands at around 50%, but due to under-reporting people believe that the actual mortality rate can be around 70%”, said Dr Wright.

Talking about ending the Ebola crisis the Senior Lecturer said: “The number of cases has dropped across the affected countries but it is difficult to see if we are seeing the end of this outbreak. We won’t be able to control it until we can trace and monitor everyone who had been in contact with someone who got infected. So there are several months ahead of us before we will see this outbreak under control and are able to eliminate possible cases for the future.”

According to the Ebola expert, there are a number of factors that contributed to the spread of the disease on this scale, including poor infrastructure because of civil war, the low number of healthcare facilities, local public health bodies delaying case reportage, slow international response, large mobile population, local burial rituals, lack of awareness and having no access to licensed vaccines and antiviral drugs.

Dr Wright also shared with students how Westminster researchers are involved in the fight against the Ebola virus, including developing antibody therapies, vaccines and a diagnostic device called EbolaCheck that provides results within 40 minutes, over eight times quicker than some existing laboratory techniques.

After the talk, students had a chance to participate in a campus tour, including an opportunity to take a behind-the-scenes look at the state-of-the-art laboratories where research and scientific teaching takes place at the University.