The University of Westminster hosted Debate Mate, a national competition that encourages young people to become powerful thinkers and speakers. 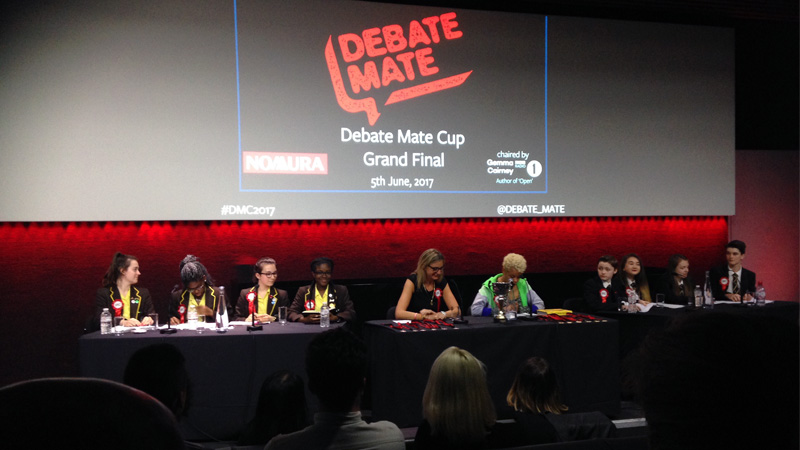 Secondary school students put their critical thinking to the test at Westminster Business School on 5 June 2017 for a debating competition led by educational charity Debate Mate.

Debate Mate runs after-school debating clubs across the UK, and aims to provide young people from different backgrounds with the opportunity to develop social skills that can positively influence them to become young leaders with bright futures.

The contest, which involved participants from ten schools across the UK, saw students aged between 13-15 years old debate about many topics from politics, including human rights around the world to parliamentary equality in the UK.

A student from the Bridge Academy said: “There are many different social inequality issues that should be tackled - not just gender inequality.”

The final round, which was chaired by BBC Radio 1 presenter Gemma Cairney at the Nomura headquarters also on 5 June, saw finalist schools Angela’s Ursuline School, based in East London and St Mungo’s Academy, Glasgow go head to head in a bid to win the championship title. After an intense battle, St Angela’s Ursuline School won the Debate Mate Cup 2017.

Marie-France Roche, Senior Program Director at Debate Mate said: “I’m really impressed with all the schools that were involved. The competition included high quality debates and an impressive level of professionalism from the students, staff and mentors.”

The event was supported by the University of Westminster’s Outreach Team who support activities linking local and national schools with the University.

Find out more about the Debate Mate charity here.