Dr Bradley Elliott, Lecturer in Physiology in the Faculty of Science and Technology, lent his expertise on Channel 4’s show How to Lose Weight Well by conducting an experiment to check if claims that negative calorie foods exist are valid. 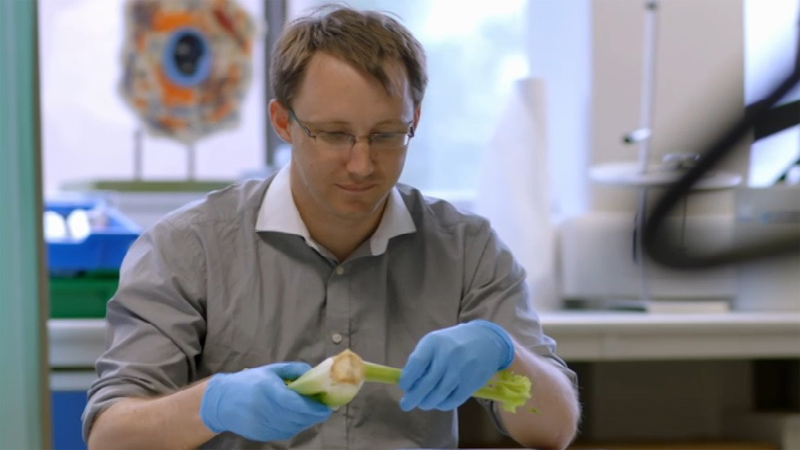 Lists of negative calorie foods were quick to gain popularity with people wishing to lose weight, suggesting that vegetables, such as celery, contain less energy than it takes to eat them.

Dr Bradley Elliott measured Xanders Energy expenditure on Dr Xand van Tulleken both before and after eating a stick of celery, whilst he was resting. However, the measurement showed that celery did not contribute to a significant change in how his metabolism was working.

Dr Elliott concluded that negative-calorie food was a myth in relation to celery. He said: “If the celery boosted metabolism more than the energy it gave, we would expect metabolism to be much higher after consuming the celery.”

Watch the whole episode on Channel 4.