Professor John Golding, Professor of Psychology in the Faculty of Science and Technology, tested the efficacy of ginger in treating nausea for Channel 4's Superfoods: The Real Story. 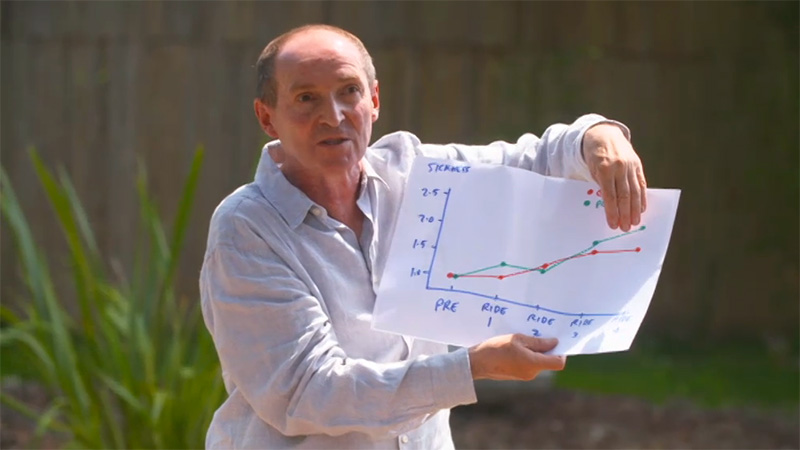 Professor Golding, specialist in motion sickness, spatial disorientation and health psychology conducted an experiment to test the efficacy of ginger in the prevention on nausea.

A group of participants were taken to a theme park, half the group were fed a biscuit containing 1gram of ginger, while the other half were given plain biscuits. Participants were then put onto a rollercoaster and asked to ride it four times. Between each ride they scored their levels of nausea from between one (not nauseous) to six (being physically sick).

After two rounds, both groups were holding up well. By the end of the fourth round there were some people reporting a number four on the scale and one participant becoming physically sick.

"Over the four rides, people felt on average successively worse" says Professor Golding. "You can see by the end of it a small effect favouring ginger versus placebo."

Evidence is growing to show that ginger is helpful for women suffering from morning sickness but results are more mixed when it comes to treating motion sickness.

You can watch the whole episode of Superfoods: The Real Story on Channel Four On Demand.