Professor Angela Clow, expert in Neuropharmacology, Physiology and Psychology, was recently featured in the CBBC teen special ‘Dr Chris and Dr Xand Investigate Mental Health' episode analysing cortisol samples and discussing what it does on the body. 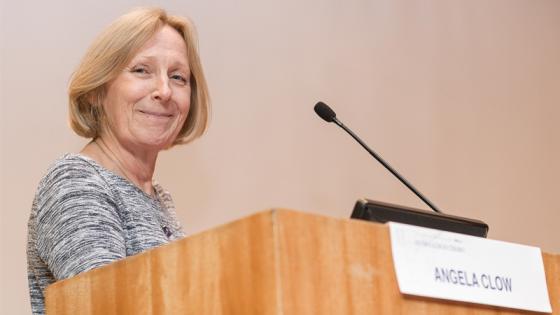 The programme gathered cortisol samples from teenagers and sent them to be analysed at the University, where they spoke to Professor Clow. She said: “In the brain we have something called the body clock which is synchronised by light, and that light in the morning makes your cortisol surge.”

Talking about how it relates to stress, Professor Clow said it was the stress response hormone. She analysed the test results and added: “Negative thoughts can generate the cortisol response and that will have a cascading event in everybody.”

Watch the full interview from 11:00 on BBC iPlayer.