BBC2, The Times, MailOnline: Trust me, I’m a doctor: What’s the best activity to beat stress?

Professor Angela Clow and Dr Nina Smyth, together with Dr Tina Cartwright from the Faculty of Science and Technology, were involved in a study by BBC, aiming to explore how various activities, such as gardening and yoga, impact the level of the stress hormone cortisol. 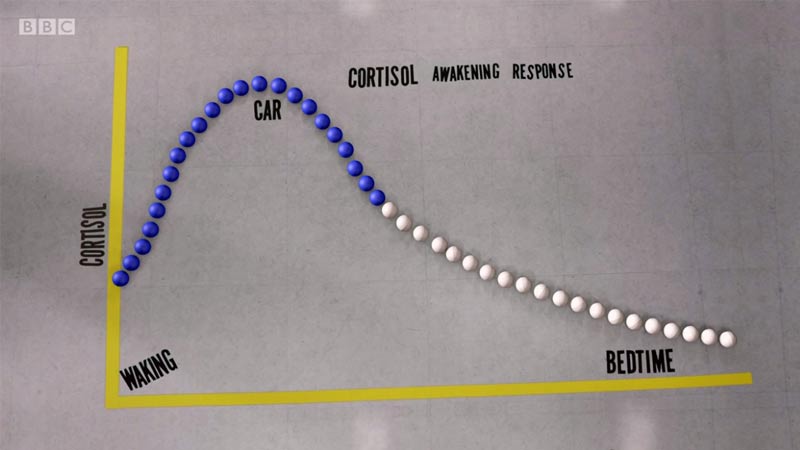 Over the course of eight weeks, 68 participants were split into groups to test three stress-busting techniques, namely green gym, yoga and mindfulness. Their results were then compared against the results of a control group, who didn’t change their usual daily habits.

Throughout the process, stress levels of participants were monitored by measuring the stress hormone cortisol, found in their saliva.

Speaking on BBC Two’s programme Trust me, I’m a doctor, Professor Angela Clow explained: “Cortisol is a hormone usually associated with stress but it is a lot more than that, actually. It is an energising hormone, which activates your brain and gets you prepared for the day ahead.”

Introducing the experiment itself, Dr Nina Smyth said: “This is really exciting because it is the first time we are actually measuring the cortisol awakening response and the decline over the day to see if an eight-week activity does have an impact on their cortisol and particularly, their cortisol in the morning.”

The results from the study showed that people who engaged in a different activity had an increase in their cortisol awakening response across all interventions, compared to the control group and it also turned out that positive effects were more marked for those that enjoyed the activities. Not only did results show changes in cortisol patterns, but participants also reported feeling less stressed, depressed and anxious as well as having increases in their well-being.

The study was also featured in The Times newspaper and the MailOnline.

Click here to watch the whole episode of Trust me, I’m a doctor on BBC iPlayer.