The Wellcome Trust and BBC Radio presented a weekend of free discussions, talks, events and world premiere concerts, all relating to the topics of Music and Memory, where Dr Catherine Loveday, Principal Lecturer and Neuropsychologist at the University, was a resident expert on seven programmes, including a live link-up between BBC Radio 3 and Radio 6. 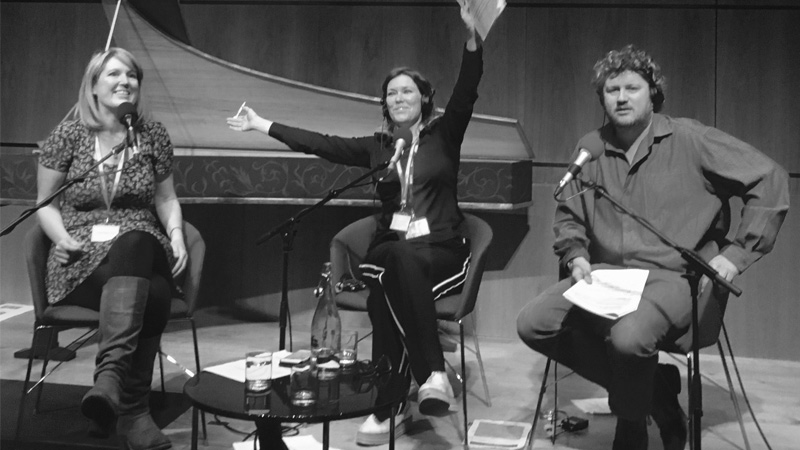 13 October - Why Music? The Key to Memory

Introducing the topics of her own research, which she discussed on BBC Radio 3 programmes over the weekend, Dr Catherine Loveday said: “We all know that a moment of music can take us back to a really special time and place. I’ve always been interested in music and I’ve been studying memory for the last 25 years, so I couldn’t help but bring the two together.”

Listen to Catherine Loveday’s part on the programme from 01:41:30.

14 October - Why Music? The Key to Memory

On the programme Dr Loveday revealed the results of a large online survey carried out in collaboration with BBC Radio 3 and analysed with the help of Professor Tom Buchanan, also an academic at the University of Westminster. This survey revealed that even highly educated classical music listeners are influenced by their ‘reminiscence bump’.

Catherine explained what the ‘reminiscence bump’ was: “We know that people find it easier to go back to memories from their teenage and early adulthood time in every way but also that seems to shape people’s preference to some extent, so when you ask people for their favourite books, their favourite films, their favourite pop music, they would tend to choose them from that period of time. We know that effect exists and I was interested to see what extent that might shape the opinions of people who are very discerning classical music listeners.”

Listen to Catherine Loveday speaking on the show from 00:07:55.

Read Catherine Loveday’s piece on why the music we love as teens stays with us for life.

Catherine Loveday introduced some extraordinary cases, which prove the existing and extremely interesting link between the human brain, memory and music.

One of them was Clive Wearing, whose amnesia is one of the most extreme cases ever recorded. He had an encephalitis, a brain infection which left him with a very severe amnesia. “Every single moment is like a fresh awakening with a sense of complete blackness behind him and in front of him,” Catherine explained.

However, his wife discovered that despite this, his musical memory could still function – he could still read, play and conduct music.

Explaining what this means for the brain, Catherine said: “It tells us that musical memories are different and in some ways separate from other aspects of our memories. In his case it can be argued that music does not require history – he can just be in the music at that moment and the memory plays its part.”

Listen to Catherine Loveday speaking on Beyond Memory: Music in the Moment from 00:06:00.

On the Breakfast Show, Catherine Loveday discussed the ability of humans to associate a song with a certain image or a feeling, even if they cannot immediately recognise the song and remember its name.

Asked why is it so important to understand how our memory serves us, Catherine said: “Memory is just so fundamental to who we are and being able to remember what we’ve done, where we’ve been and who we’ve seen is part of what makes us who we are and our ability to project into the future, and music gives us a really unique way of connecting with that aspect of ourselves.”

Listen to Catherine Loveday speaking on Why Music? The Key to Memory from 00:48:50.

Drawing upon recent research and also using her wide expertise on music and memory, Catherine Loveday explained why older people are able to store and recall musical memories from long back, despite struggling to recall recent memories.

“The ability to learn new things and lay down new memories – like what you had for breakfast this morning - is quite distinct from those longer term memories that have almost migrated to a different part of the brain and are ‘safer’.

“But musical memories are even more distinct – there is now evidence that long-term musical memories might be stored in a part of the brain that seems to be particularly resilient to the effects of dementia.”

Later on in the programme Tom and Cerys, together with Dr Loveday, invited the live audience and the millions of Radio 3 and Radio 6 Sunday morning listeners to join them for a 'plink' test where recognising a song from its first half-second not only demonstrated the robustness of musical memory but could also show the listener’s age.

Listen to Catherine Loveday speaking on Cerys Matthews and Tom Service simulcast from 00:46:45.

Tom Service and Sarah Walker looked back over the weekend and discussed their personal highlights and discoveries from the Wellcome Collection with the help of resident experts Catherine Loveday and Philip Ball.

In conclusion to the programme, Catherine Loveday noted that not only does music impact individual memory but it also plays the role of giving humans a shared cultural past, which makes it so important.

Listen to Catherine Loveday speaking on the programme from 00:01:34.