Professor John Golding, Professor in the Department of Psychology, appeared on Rip Off Britain’s Holidays episode on BBC One, putting some motion-sickness remedies on test with the help of a few students. 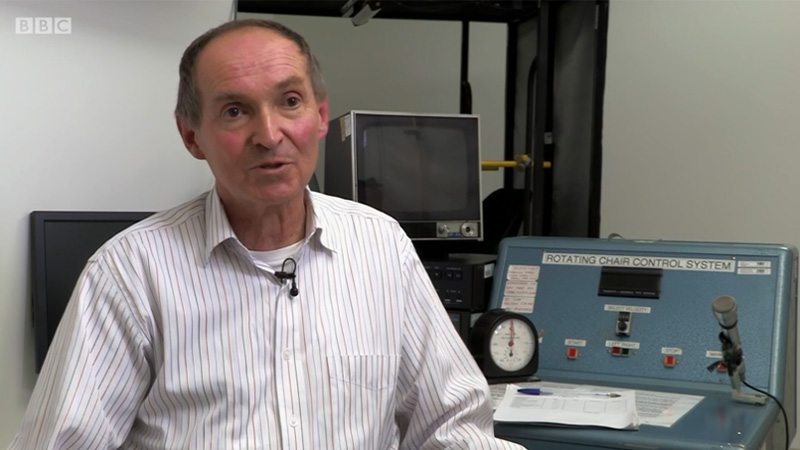 Three students, who suffer from motion sickness and tend to get nauseous when travelling, were put on a rotating chair in order to test how different remedies preventing motion sickness work.

Professor Golding explained: “The rotating chair works by spinning people around, which if you superimpose head movements, cause what’s called a cross-coupling effect. In other words, apart from feeling dizzy, you have this very unpleasant tumbling sensation.”

The experiment involved students spinning on the chair twice, once without having taken any remedy and a second time, each of them trying an acupressure wristband, anti-motion sickness medication, and a controlled breathing technique. The Professor noted that the results cannot be regarded as scientifically sound, as a proper test would take much longer and involve many more subjects over a longer period of time.

Contrary to research suggesting that the breathing technique can be about half as effective as medication, the method turned out to be extremely successful for the student, who managed to stay the longest on the chair, while not even reaching the motion sickness end-point.

“If you are on a coach or a car, or on board of ship, if you can get a stable horizon view, that’s very good. If you are in a vehicle of any sort, try to avoid reading texts or looking at your phone, because that certainly is a way of aggravating motion sickness,” he said.

Watch Professor John Golding and his experiment on Rip Off Britain from 16:27.