Dr Antonis Michalas, Lecturer in Cyber Security at the University of Westminster, was interviewed by Al Jazeera on UK Government and Intelligence agencies having access to users‘ data on encrypting messaging services. 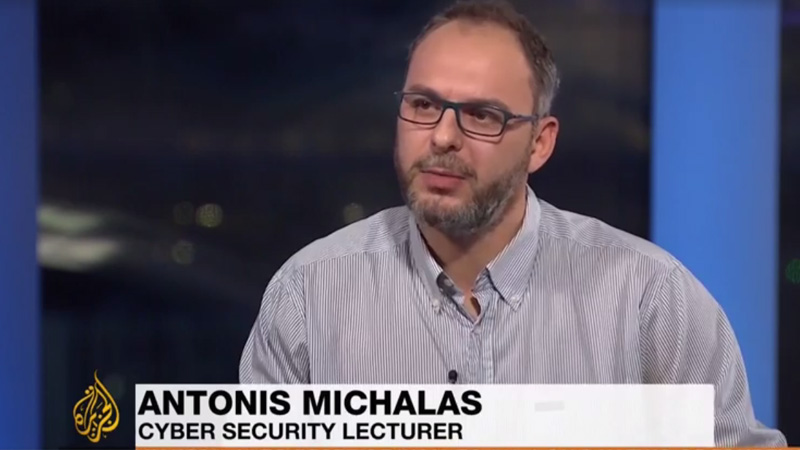 Dr Antonis Michalas was asked by Al Jazeera if it was necessary for intelligence agencies to have access to users’ data on services such as WhatsApp. “In my personal opinion, if someone thinks that the main problem is WhatsApp and the cryptographic features that have been introduced, it means that the problem is not understood, and this is not how we are going to resolve the issue.”

He added: “There has been a lot of technological improvements in the field of cryptography during the last few years, and it is very easy for anyone with IT skills to build its own messaging and privacy preserving application. Criminals have, most of the time, very good IT skills and know how to build a system.”

Dr Michalas also mentioned that it would be impossible for the government to tap WhatsApp messages as the application works with automatic encryption that the central server cannot decrypt.

Dr Michalas advised: “The only way I can think about is either the application removes the new features, either the government finds an agreement with WhatsApp for installing a backdoor which could allow the government to have access to some encrypted messages.”

However, Dr Michalas explained that this approach could also be a double-edged sword: “The problem with such an approach is that probably the government or other organisations will be knocking on the door of WhatsApp every day.”