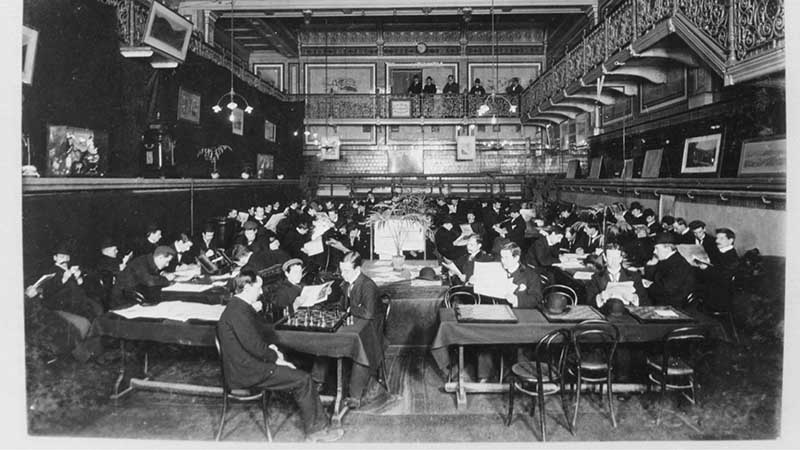 Many of you will remember the University celebrating 175 years in 2013. Those events celebrated the 175th anniversary of the Royal Polytechnic Institution, which opened to the public at 309 Regent Street on 6 August 1838.

Hogg founded the Youths’ Christian Institute (later Young Men’s Christian Institute) in 1873 and through it developed his vision for providing for the athletic, intellectual, social and religious needs of young men. Members gained free use of a library, social rooms, gymnasium and entertainments, with an additional fee for technical classes. Science and Art classes started in 1878, by which time the Institute had 500 members and had outgrown its premises. When the Royal Polytechnic Institution building at 309 Regent Street came up for sale, Hogg purchased it and moved his YMCI from Covent Garden to the West End. This gave him the opportunity to develop a more ambitious programme of evening classes, as well as providing more sports facilities; it became known as the Polytechnic YMCI. By 1888 7300 students were attending over 200 classes per week.

The City Parochial Foundation was established in 1883 to manage the charitable funds of London parishes. The bulk of that money was used to endow “technical and recreative Institutes” across London, based on the model of Hogg’s Polytechnic YMCI. On 23 June 1891, the Polytechnic YMCI became the Regent Street Polytechnic (although it would always refer to itself as The Polytechnic, Regent Street) with a new Governing Body, and an endowment matched by public fundraising. The 1891 Scheme of Administration, with some amendments, would shape the governance of the Regent Street Polytechnic until 1970, although the City Parochial Foundation funding was withdrawn in 1963.