What it means to be a person with albinism in Africa: A conversation with Tanzanian activist Josephat Torner 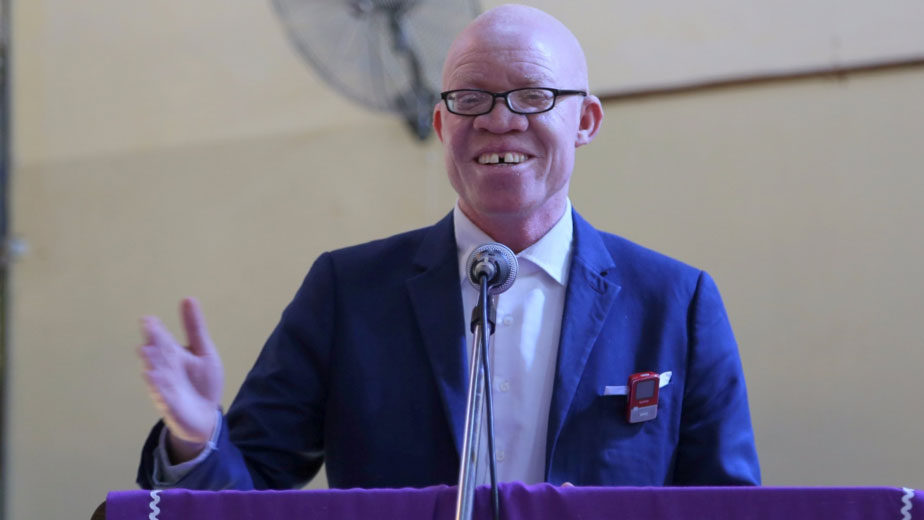 Josephat Torner is a well-known Tanzanian albinism activist who works towards protecting the right to life, health, education and social inclusion of people with albinism in sub-Saharan African countries. He featured in the documentary film 'In the Shadow of the Sun' (2012 Harry Freeland, UK).  His activities focus on advocacy and awareness raising to demystify deeply-rooted community taboos around albinism and to educate society. He appeals for solidarity from the international community to break the silence and to help combat human rights violations against people with albinism across different parts of Africa.

In addition to a conversation with Josephat Torner, this event will also include brief stories from people with Albinism about their experiences.

The event is part of 'DPIR in Action' and organised in collaboration with the University of Westminster's Students Union.

It is open to all students and staff at the University of Westminster, as well as members of the public. Email Suzy Robson at [email protected] to book a place.

The Department of Politics and International Relations and Democratic Education Network have been closely involved with the Josephat Torner Foundation Europe to organise events and raise awareness about prejudices against people with Albinism. After the initial seminar in October 2016, the Department hosted the first London Symposium on Albinism in the summer of 2017. The report for the Symposium is available from the Josephat Torner Foundation Europe website.

According to Professor Dibyesh Anand: “In the spirit of solidarity, we resolved to have more events to raise awareness around Albinism and the event on 23 October 2017 is part of this. The timing of the event during Black History Month is conscious because the bigotry and violence that people with Albinism suffer from in Africa is a reminder that the categories 'black' or 'white' are political, related to power relations and not merely chromatist”.