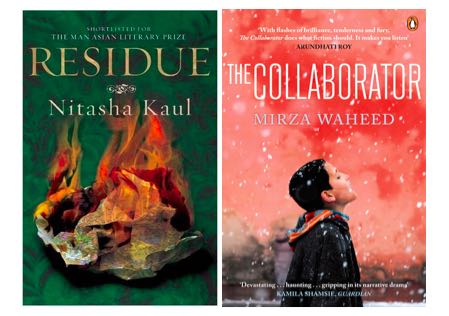 This event brings together noted authors Mirza Waheed and Dr Nitasha Kaul in conversation, talking about their decision to write fiction related to a conflict zone, namely Kashmir.

We will engage in a discussion exploring the utility of fiction – and if it plays a bigger role than simply an escape. Can a novel act as a form of resistance?

The authors' personal anecdotes and the rationale behind their respective choices to write fictional books, yet also write political articles, will serve as the foundation of this talk.

The event is open to all the students and staff of University of Westminster. Members of the public can also join us, by emailing [email protected]

Mirza Waheed is a Kashmiri novelist and journalist based in London. Mirza has written for the BBC, the Guardian, Granta, Guernica, Al Jazeera English and The New York Times. His first novel, The Collaborator, was published in 2011 and was a finalist of the Guardian First Book award. His second novel, The Book of Gold Leaves, was published in 2014 to critical acclaim and was shortlisted for the DSC Prize for South Asian Literature.

Dr Nitasha Kaul is a Kashmiri novelist, academic, poet, economist, and artist. Her novel Residue (Rainlight, 2014), shortlisted for the Man Asian Literary Prize, deals with themes of Kashmiri identity, nation-state borders, and absence. She is a Senior Lecturer within the Department of Politics and International Relations at the University of Westminster. Visit her Twitter page

This event is based on the Centre for the Study of Democracy's Post-colonial politics, development and emerging powers research theme. In addition to other issues, this investigates how religion, history, territoriality, political economy, militarisation, democratisation and resistance have contributed to a volatile politics that disconnects states and people. The explicit focus is on engagement with communities and impacting upon public debates around these contentious subjects. Kashmir is one such subject.