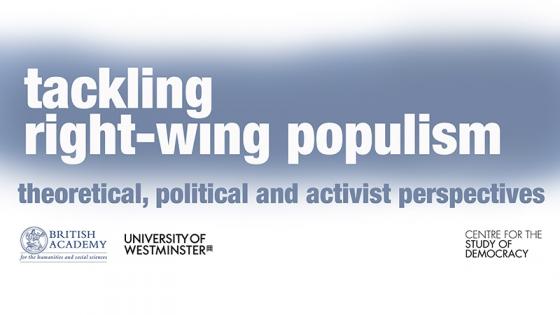 The global success of populist forces (especially right-wing populists) has brought an avalanche of research on populism. Despite disagreements about what populism is and its impact on democracy, there is a consensus around its political style and modes of communication: populist rhetoric is inherently anti-establishment setting up a dichotomy between ‘the people’ and ‘the elite’. Populist leaders play the role of the underdog in a ‘rigged political system’ and claim to speak on behalf of a ‘silent majority’. They exploit the media’s proclivity towards controversies and scandals by using dramatic, politically incorrect language, and they deny expert knowledge.

While researchers have been preoccupied with explaining how and why populists attract voters and gain support, there has been less work exploring responses to right-wing populism. If the populist moment represents a new political conjuncture, there is an urgent need to explore its conditions and terms of engagement. How are political actors responding to right-wing populism? What rhetorical strategies do they deploy? What assumptions do they make? What opportunities are they missing? What theoretical resources might inform social movements, politicians and activists in the urgent task of tackling right-wing populism?

Lunch and refreshments will be provided.

If you would like to attend, please register by 15 January 2019. This event is free to attend but spaces are strictly limited and will be filled on a first-come first-served basis.