Robot Rights, Now!? A Conversation on the Possibility of Machine Rights 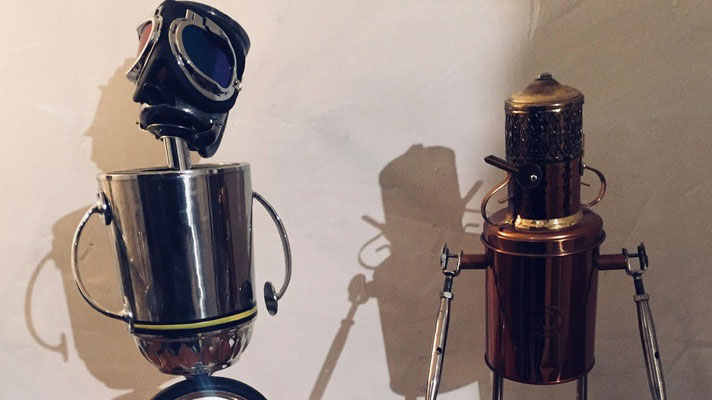 Machines today are increasingly displaying a number of human traits. From intelligent personal assistants, robots working in hospital wards and anthropomorphic sexbots, to algorithms capable of generating original works of art and music, the number of machines replicating what humans do is growing and is likely to increase in the future. The artificial intelligence Sophia has even been granted citizenship of Saudi Arabia.

Should such machines have ‘rights’? Are they even capable of exercising them? There are a number of sides to this debate. It has been contended that it doesn’t make much sense to talk about machine rights as they cannot enforce them. Machines are built for specific purposes.

However, there is also a link between recognition and rights. The Universal Declaration of Human Rights 1948, for instance, says that the ‘recognition of the inherent dignity and of the equal and inalienable rights of all members of the human family is the foundation of freedom’. This wider notion of recognition begs the question: as machines become more humanlike and our interactions with them grow, should we be under a moral obligation to grant machines some rights?

Speakers Michael Butterworth and Dr Paresh Kathrani will debate these and other pressing issues, followed by an opportunity for the audience to participate and ask questions.

Michael Butterworth is a Technology, Outsourcing and Privacy lawyer at Fieldfisher LLP, Europe's leading technology law firm. He specialises in technology law, advising technology acquirers and vendors across a wide range of industry sectors, from start-ups to FTSE 100s and beyond. Michael has a particular interest in the question of whether artificial intelligence should be granted legal personality, and the wider legal, ethical and social implications of the expanding use of artificial intelligence.

Michael also sits on the Tech Law Futures committee of the Society for Computers and Law (SCL) and is a contributor to the SCL magazine as well as a speaker at SCL events. Michael co-authored the 2017 version of the e-commerce chapter in Sweet and Maxwell’s Encyclopedia of Information Technology Law.

Dr Paresh Kathrani is based at the University of Westminster's Law School in the Faculty of Social Sciences and Humanities. He researches artificial intelligence, robotics and the law, including legal personality and ethics, and has convened expert panel discussions between roboticists, ethicists and lawyers, film showings and other events. He has been invited to talk to lawyers at professional events, including the Council of Bars and Law Societies of Europe (CCBE), and has written on the changes that are likely to occur in the legal profession as a result of automation.

He is also a member of the University’s ‘Serious Games at Westminster’ group and is working with the Faculty of Science and Technology on virtual reality and the law – some of this work has been publicised in the national press and Law Society Gazette. Prior to academia, he worked in a law firm environment for several years.