Relaunch of the Centre for Law, Gender, Race and Sexuality 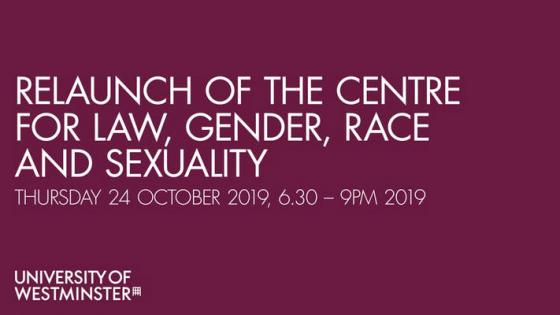 Westminster Law School held a re-launch of the Centre for Law, Gender and Sexuality (Centre LGS) as the Centre for Law, Gender, Race and Sexuality. Our law school has long been the site for research and teaching of feminism, gender and sexuality. Equally, racial identity has been a fundamental consideration and research topic for our staff and students alike, particularly because Westminster University is one of the most diverse in the United Kingdom where the actuality of working in a community where people come from different backgrounds is not an abstract idea but a lived reality. The evolving political landscape has meant that issues of racialised inequalities have been thrust to the fore. Influenced by movements to broaden access and diversity and calls to decolonise the curriculum we decided to specifically include race within the remit of the Centre. To discuss this development and to celebrate the re-launch of our centre we invited:

There was a lively discussion and a celebration of the renaming of the centre.