Movie screening - The Internet's Own Boy: The Story of Aaron Swartz 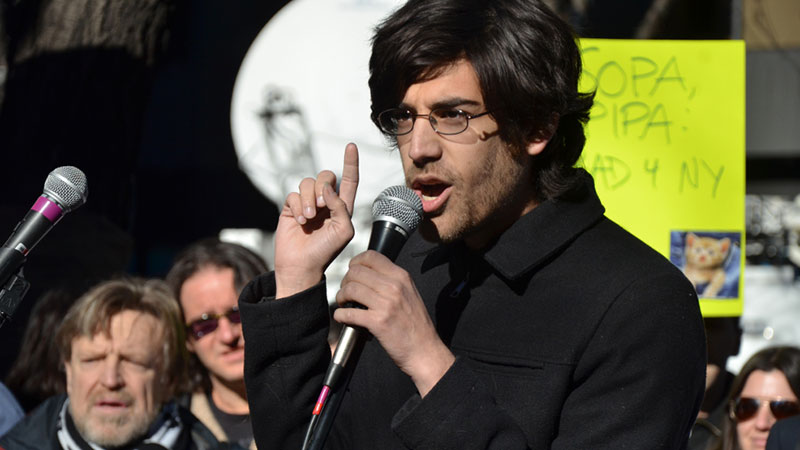 This movie tells the story of the programmer, writer, political and internet activist Aaron Swartz, who was involved in the development of RSS, Creative Commons, Reddit, and the campaign against the Stop Online Piracy Act. He committed suicide in 2013 at the age of 26 while under indictment for data-theft after he had allegedly downloaded a large number of academic articles from the digital repository JSTOR. Prosecutors argued that he did so in order to make them available on file sharing platforms. JSTOR said it did not want to see him prosecuted, but it looks like the federal prosecutors wanted to make an example of this case in order to send a political message in the defence of online copyrights. The maximum penalty Swartz could have faced was 50 years in prison and a fine of US$ 1 million.

The Internet’s Own Boy asks if academic knowledge should be privately owned or not, which brings up lots of questions in relation to the digital commons, digital commodification, academic publishing houses’ corporate power, the increasing popularity of academic open access publishing, attempts to commodify open access that are challenged by non-profit, non-commercial, community-based “diamond” models of open access publishing, questions about the public funding of universities, research, libraries and academic knowledge production, and the contradictions of digital capitalism at large.

Aaron Swartz was inducted into the Internet Hall of Fame in 2013. “Illustrated by home-video material, news footage and testimony from friends and family, the film builds up a portrait of a brilliant, driven, complex young man who's likely to be an iconic figure in the future, a sort of digital-age Che Guevara” (The Guardian).

Attendance is free, but advance registration is required.