Liang Qichao and his Polemic Press: The Debate that Changed China 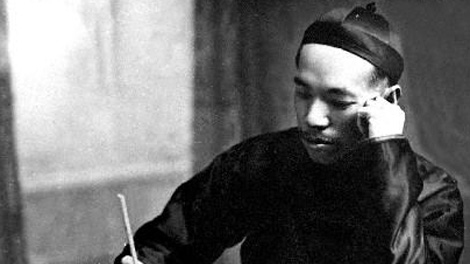 This event is free to attend.

On the eve of the momentous 1911 Xinhai Revolution, a heated debate arose between Liang Qichao and the revolutionaries on the future of China in Xinmin Congbao (新民丛报) and Minbao (民报). Liang lost the debate and the tidal wave of revolution swept away the two millennia Chinese imperial system five years later.

This seminar focuses on the role of the media in China’s modern transformation at the critical moment of early 20th century. It looks at how a new ‘epistemological field’ (Foucault) is constructed in the newly emergent modern press eagerly consumed by China’s young literate elites who became key agents of radical change.

Dr Qing Cao is Senior Lecturer in Chinese and Director of Chinese Studies in the School of Modern Languages and Cultures, Durham University. His research interests centre on the mass media and representation with a focus on the issues of modernity. He is currently working on an AHRC-supported project on the transmission of Western ideas to imperial China and their roles in the formation of Chinese modern political and cultural identities. He is the author of China under Western Gaze (2014) and lead editor of Discourse, Politics and Media in Contemporary China (2014).

If you have any questions about this or other China Media Centre events, please contact Alja Kranjec: [email protected].