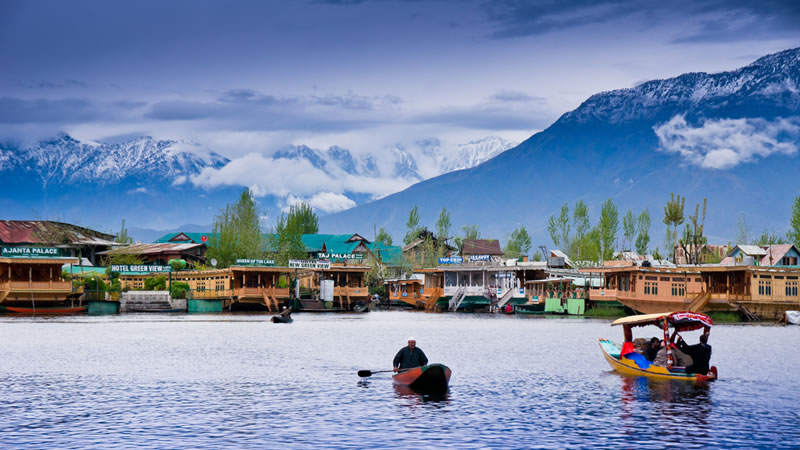 Book a free ticket through Eventbrite.

Kashmir is often referred to as a ‘problem’ in international relations in a manner that reduces it to a territorial conflict in South Asia between India and Pakistan.

News reports and the international community see the possibility of conflict between the two nuclear powered South Asian countries as a threat to peace and stability in the region. However, what is missing from their discourse, and from the dominant rhetoric coming out of India and Pakistan, is the recognition of Kashmir as a stateless nation. The fact that Kashmir is not simply a contested cartographical entity but a site of pain and suffering due to state-imposed indignities, and the hope and defiance of everyday resistance among Kashmiri people, is often sidestepped in the ‘territorial conflict’ lens.

This conference seeks to make sense of the contested presents of Kashmiris as a people and of the possible futures that put them, and not the nation-states of India and Pakistan, as the primary actors to be acknowledged and respected.

The conference follows a workshop held on 5 March at University of Warwick on “Contested and Possible Sovereignties: The 'State' in Kashmir”. The workshop brought together scholars, media and creative practitioners, NGO spokespersons and policy-makers in a dialogic format to understand the complex dimensions of the practices of sovereignty in relation to state violence, religious nationalism, human rights, and a distinctive Kashmiri cultural history and identity.

9.30am: Registration and tea

9.45am: Welcome and opening remarks

10-11.30am Panel one – roundtable on challenges for Kashmir and Kashmiris today

4-5.15pm Panel four – reportage and activism in Kashmir and the diaspora

Professor Ananya Jahanara Kabir is Professor of English Literature at the Department of English, King’s College London. She is a literary and cultural historian working at the intersection of embodiment, memory, affect work and post-trauma in the global South, with a view to understanding better the regimes and pleasures of modernity. She is the author of Territory of Desire: Representing the Valley of Kashmir (University of Minnesota, 2009) and Partition’s Post-Amnesias: 1947, 1971 and Contemporary South Asia (Women Unlimited, 2013). Currently she is directing a five-year project ‘Modern Moves’, on Afro-diasporic rhythm cultures and modernity, which is funded by a European Research Council Advanced Grant. Invested for a long time in forms of Kashmiri self-representation, her recent work in this area focuses on the new forms of cultural production emerging from Kashmir, ranging from Facebook groups to hiphop and graphic novels.

Andrew Whitehead is the Editor of BBC World Service News and a former BBC Delhi correspondent and, away from work, an editor of History Workshop Journal. He is the author of A Mission in Kashmir, published in Delhi by Viking Penguin in 2007, an account of the opening stages of the Kashmir conflict in the autumn of 1947 based particularly on personal testimony. Last year he was awarded a PhD by published work at the University of Warwick based on this book and articles for academic journals about Kashmir in the 1940s. His oral history archive of more than two-hundred interviews of those who lived through Partition, conducted across South Asia and beyond, is deposited at the SOAS archive. His personal website includes images of Kashmir in 1947.

Dr Dibyesh Anand is the Head of the Department and a Reader in International Relations in Department of Politics and IR. His research areas include majority-minority relations in China and India, Tibet issues, and China-India relations. He is the author of Geopolitical Exotica: Tibet in Western Imagination, Tibet: A Victim of Geopolitics, Hindu Nationalism in India and the Politics of Fear and several articles and papers on security, identity, and Asian politics. He is currently working on a project on China-India border disputes and on colonial practices of postcolonial states of Asia.

Fahad Shah is a journalist and writer. He is the founder and editor of The Kashmir Wallah magazine. His latest book is Of Occupation and Resistance, an anthology that focuses on the resistance and politics of Kashmir. He has written extensively on Kashmir for various national and international publications including The Christian Science Monitor, Hardnews, Firstpost and Socialist Worker. He was selected as a finalist for the Manthan South Asia Award 2011 for his work as journalist. He is a Felix scholar at the SOAS, University of London.

Professor Fozia Qazi is a Professor at Islamic University of Science and Technology and heads its Department of Mathematics. Professor Qazi holds a PhD in mathematics from Syracuse University in New York State and worked as an academic in the US for many years before returning to Kashmir in 2009. She has written and lectured widely on mathematics, gender issues and Kashmir. Her current research uses the mathematics of symmetry analysis on the shawl, lattice and other traditional patterns of Kashmir to understand cultural order and interactions in the region. She is also a founding member of Child Nurture and Relief (CHINAR) – an NGO that has been helping economically and socially disadvantaged children in Kashmir for the last decade. Professor Qazi is also an artist and a photographer and often brings mathematical elements into her art. Her work has been exhibited at several venues in the United States.

Dr Goldie Osuri is an Assistant Professor in Sociology at the University of Warwick. She has recently published a monograph, Religious Freedom in India: Sovereignty and (Anti)Conversion (2013). Her current research focuses on a study of sovereignty and biopower in relation to colonial and postcolonial governance of religion, race, ethnicity and gender. More broadly, she has studied nationalisms and transnational formations of religion and race through critical, post-structural approaches. She is co-editor of borderlands e-journal, and has been publishing in journals such as Media, Culture & Society, Cultural Critique, Social Semiotics, Cultural Studies Review, Southern Review, Critical Race and Whiteness Studies e-journal, South Asian Popular Culture, Somatechnics, and Continuum: Journal of Media and Cultural Studies.

Mirza Waheed is a novelist and journalist who was born and brought up in Kashmir. His debut novel The Collaborator was shortlisted for the Guardian First Book Award, the Shakti Bhatt Prize, and the Desmond Elliott Prize. It was also book of the year for The Telegraph, New Statesman, Financial Times, Business Standard, and Telegraph India, among others. His work appears frequently in The Guardian, Al Jazeera, and other prominent newspapers and magazines.

Dr Nitasha Kaul is a London-based Kashmiri novelist, poet, scholar and commentator. Her Man Asian Literary Prize shortlisted novel Residue has recently been published (Rupa/Rainlight, 2014). In addition to fiction and poetry, she writes and speaks on issues of identity, justice, gender, political economy, democracy, Kashmir and Bhutan. She has published articles in numerous books, journals and newspapers. She is also the author of Imagining Economics Otherwise: encounters with identity/difference (Routledge, 2008). She has a joint doctorate in economics and philosophy, and has previously taught economics, politics, and creative writing. More about her, and links to publications, can be found on her website.

Parveena Ahangar is the chairperson of the Association of Parents of Disappeared Persons (APDP). She co-founded the organisation in 1994, four years after her son Javed Ahmad Ahangar was arrested by the Indian Army and was ‘disappeared’. Since then, she has mobilised hundreds of families to protest, hunger strike, demonstrate sit-ins and demand the whereabouts of their vanished loved ones. She was nominated for the Nobel Peace Prize in 2005. In 2008, she petitioned the United Nations Working Group on Involuntary and Enforced Disappearances (WGIED) to impress upon India the need to repeal the Armed Forces Special Powers Act, Unlawful Activities Prevention Act, Public Safety Act, Disturbed Areas Act and other laws that enable impunity in Jammu and Kashmir. In 2013, she met the two UN Special Rapporteurs along with a delegation (for extra judicial, summary or arbitrary executions and for Violence Against Torture) to submit reports and to brief them on ongoing human rights violations in Kashmir. She is known as the ‘Iron Lady’ of Kashmir for her dedicated and defiant quest for justice.

Sanaah Sultan is a British Kashmiri student activist and spoken word poet. She studies medicine at the London School of Medicine and Dentistry.

Talat Bhat is an activist, documentary filmmaker and trade unionist based in Lund, Sweden. He has a Masters degree in Media Production and researching on the impacts of new media technologies in conflict zones. He is currently working on the documentary Bring Him Back which deals with Shaheed-e-Kashmir Maqbool Bhat’s mother's struggle to have his remains returned to Kashmir. The Indian Government buried him 1984 in Tihar Jail and refuse to give back his body to the family. Bhat is also working on Kashmir's first WebTV station. His trade union documentary project, Rocking the Birger Jarl, deals with his struggle for non-EU seamen working in Sweden.

Victoria Schofield is a historian and commentator on international affairs, with specialist knowledge of South Asia. Her books include Kashmir in Conflict: India, Pakistan and the Unending War and Afghan Frontier: at the Crossroads of Conflict. She is a frequent contributor to BBC World TV, BBV World Service and other news outlets. She has also written for the Sunday Telegraph, The Times, Independent, Asian Affairs and The Round Table: The Commonwealth Journal of International Affairs. She read Modern History at the University of Oxford and was President of the Oxford Union in 1977. In 2004-05 she was the Visiting Alistair Horne Fellow at St Antony's College, Oxford.