An inflatable cinema will be built at Ambika P3 as part of a film and installation project about the radical group Action Space and their ideas surrounding play, education and the arts. The inflatable will be touring around the UK during the filmmaking and installation project, but before the newly minted structure leaves the gallery, we invite you to celebrate its creation and send it on its way.

Join us to watch archive footage in an immersive pneumatic cinema space and to celebrate with founding members of Action Space, the film crew, the volunteers including our Architecture students and members of Architects of Air who are making the structure and have made this project possible.

The Action Space film project explores the history and contemporary relevance of Action Space, a radical collective who were ground-breaking pioneers of art in public, laying the foundations for arts in the community during the 1970s. Founding members of Action Space and volunteers will spend 7 days building a new air structure which will both feature in, and be used as a venue for, the resulting artists’ film. Find out more about the film here.

“Action Space was one of the most exciting and innovative organizations in the UK, creating extraordinary community projects that brought together performers, designers and artists with schools, neighbourhood groups and many others… Huw Wahl’s proposal to create this film through the construction of an inflatable is a playful way to explore these themes and will give a unique contextual setting to stimulate debate and action.” - Sir Ken Robinson 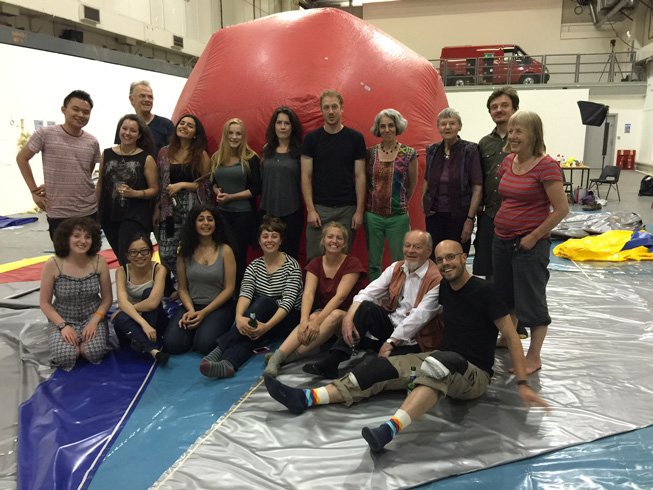