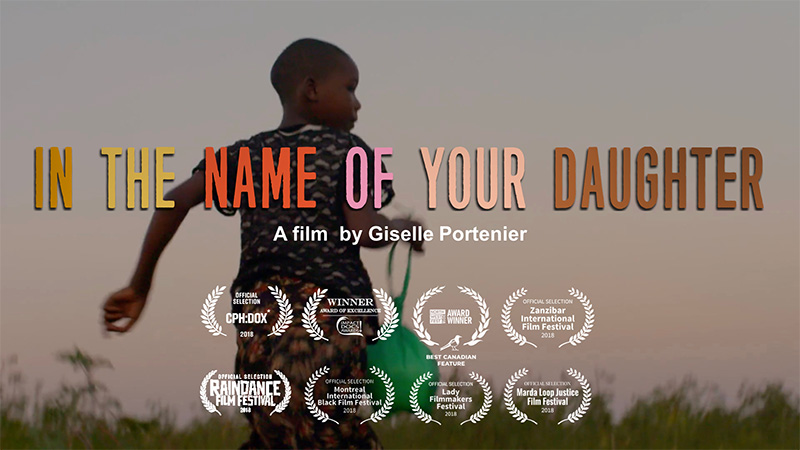 Just days after its UK premiere at Raindance, the University of Westminster offers a chance to see the heartbreaking and heartwarming story of the bravest girls in the world who risk their lives to save themselves from FGM and child marriage and the human rights champion who protects them.

The film will be followed by discussions with Giselle Portenier (director), Rhobi Samwelly, who runs the Hope Centre for Girls and Women, and other guests.

In The Name Of Your Daughter is the heartbreaking and heartwarming fly-on-the-wall story of the most courageous girls in the world, children in Northern Tanzania who are risking their lives to defy their destiny and follow their dreams. These girls, some as young as eight, are running away from home, leaving everything and everyone they love behind to save themselves from female genital mutilation and avoid being sold off into a child marriage. And it’s the story of one of Africa’s most charismatic women, Rhobi Samwelly, a brave local hero who confronts her community and protects the girls in her Safe House.

We made the film with the support of almost 400 people from 30 countries who donated to our Indiegogo fundraising campaign, and with the backing of BBC Storyville, Ikon television from The Netherlands, SVT in Sweden, DR television in Denmark, and YLE television in Finland. Thank you!

We also thank all the brave and beautiful Tanzanian girls who allowed us into their lives and to tell their stories.

This event has been organized by Doug Specht and Michaela O’Brien of the Communication and Media Research Institute at the University of Westminster.

Register for the event.

Find out more about our MA Media Campaigning and Social Change.