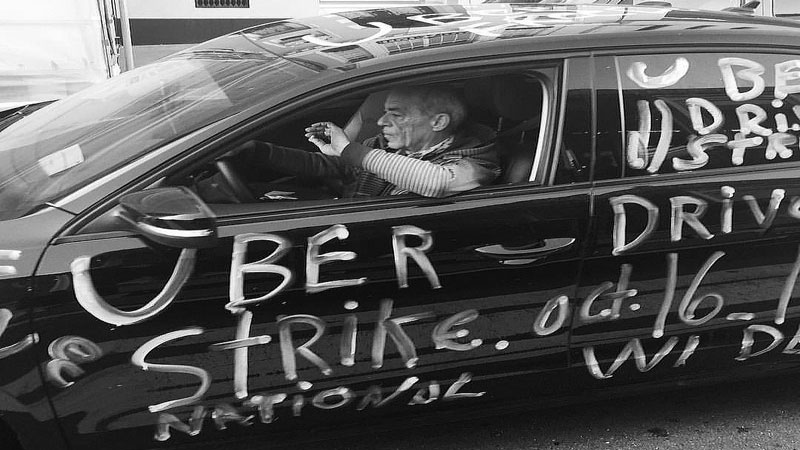 Neoliberalism’s weakening of the social is likely to affect the future organisation of labor. In his talk, Gary Hall will examine data and information companies associated with the corporate sharing economy and analyse the implications for workers in an ‘ubercapitalist’ society, in which we are encouraged to become not just what Michel Foucault calls entrepreneurs of the self, but micro-entrepreneurs of the self.

The talk will particularly discuss the effects of an ubercapitalist society for those who work and study in universities. It will do so partly because academics, researchers and students are now being encouraged to become micro-entrepreneurs of themselves; but mainly because universities provide one of the few spaces in post-industrial society where the forces of contemporary neoliberalism’s anti-public sector regime are still being overtly opposed. Discussed in this way, Ubercapitalism will provide a sense of what is lying in store for many us over the course of the next few years – and what we can do about it.

All seminars are free. To understand how many attendees we can expect, we kindly ask you to register.

Gary Hall is Research Professor of Media and Performing Arts at Coventry University, UK. He is author of Culture in Bits (Continuum, 2002) and Digitize This Book (Minnesota UP, 2008), co-author of Open Education: A Study in Disruption (Rowman and Littlefield International, 2014), and co-editor of New Cultural Studies: Adventures in Theory (Edinburgh UP, 2006), and Experimenting (Fordham UP, 2007). In 1999 he co-founded the open access journal Culture Machine, and in 2006 he co-founded Open Humanities Press. His new book, Pirate Philosophy, is forthcoming from the MIT Press in early 2016.