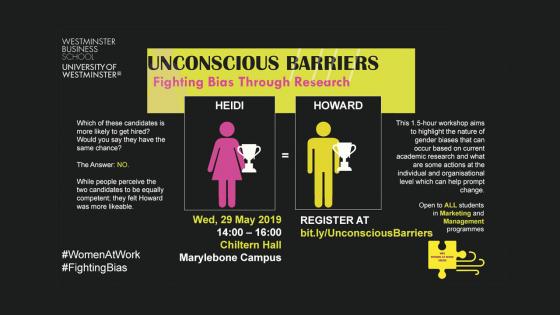 Look at the image. Which of these candidates is more likely to get hired? Would you say they have the same chance?

The Answer: NO. While people perceive the two candidates to be equally competent, they felt Howard was more 'likeable'.

An experiment was conducted in which participants watched an entrepreneurial pitch narrated by the voice of the entrepreneur. Participants were randomly assigned to a group in which either a male or female voice narrated the pitch, which was otherwise identical.

Do you think there would be a difference in the funding received between the two groups?

When a male voice pitched the venture, 68% of participants thought it was worthy of funding, compared to only 32% when pitched by a female voice. Shedding light and unlearning such gender biases is going to be the subject of the first of its kind workshop. We will: