The first Playwriting Competition organised by the University of Westminster was open to current students and alumni from the Creative Writing courses. 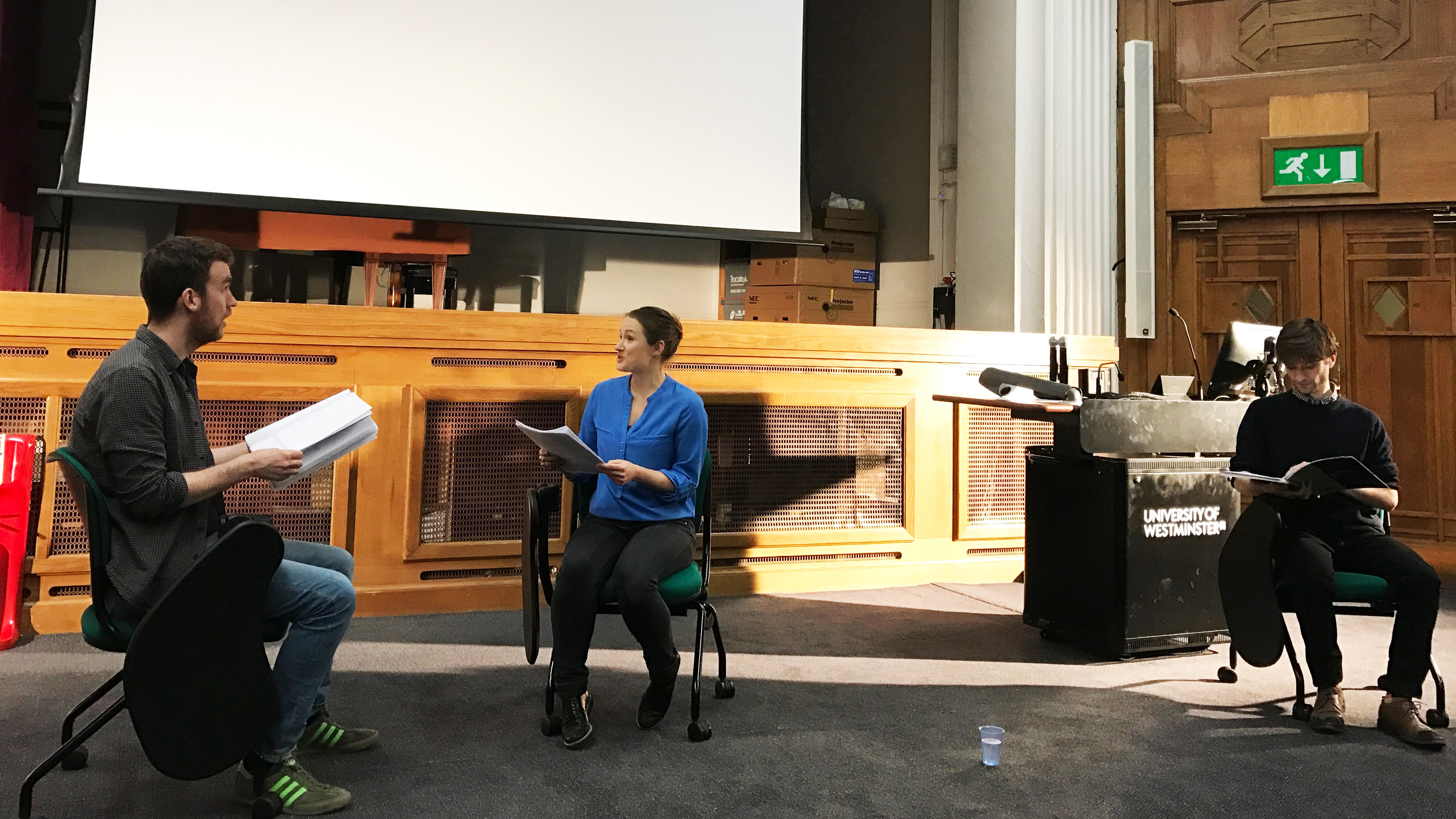 Lydia Thomson, who graduated from the Creative Writing and English Literature BA Honours won first place, receiving a £500 cheque and seeing her entry 'Collide' performed by professional actors at the University.

The comedic play revolves around the encounter between a particle physicist and a musician and traces their relationship which later grows into a moving love story, asking important questions about human beings' place in the cosmos.

Speaking about of the process of selecting the winners, Helen Eastman, a member of the Judging panel said: “It was a privilege to read such a range of work, by so many gifted Westminster students and alumni. I was struck by the diversity of theatrical styles and the engagement with the wider world that so many of the scripts exemplified.

“It was, as always, incredibly hard to choose winners, but Lydia Thomson's script stood out for its wit, humanity and fine craftsmanship. I look forward to mentoring her, and seeing how she develops as a playwright and the many extraordinary plays she will go on to write.

After such a successful inaugural Westminster playwriting competition, I hope to see the competition run annually, providing both a platform and ongoing industry support to emerging Westminster writers.”

The competition was organised by Matthew Morrison, Senior Lecturer in the Faculty of Social Sciences and Humanities.

See all courses in the Department of English and Cultural Studies.

Learn more about studying on the Creative Writing and English Literature BA Honours.