On 27 November, the WestMUN Society and the Department of Politics and International Relations hosted a film screening of ‘My Year With Helen’ followed by a Q&A session with former New Zealand Prime Minister and Head of the United Nations Development Programme, Helen Clark, and award-winning Director, Gaylene Preston. 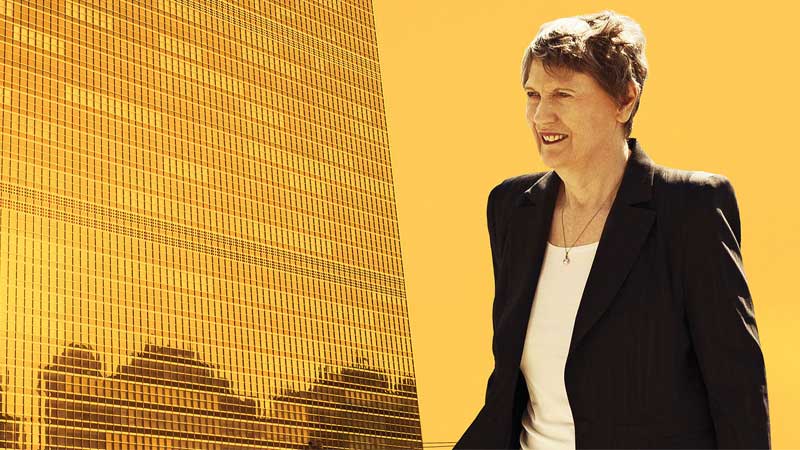 The event, in collaboration with the United Nations Association UK, included the screening of ‘My Year With Helen’, a film directed by award-winning Director Gaylene Preston which gives a closely observed view of Helen Clark’s bid to become the first female Secretary-General of the UN while also carrying out her work as Head of the UN Development Programme.

The film follows Clark in Botswana, Britain, Spain and Ukraine as well as the UN’s New York headquarters.

Ranked by Forbes magazine among the top 25 most powerful women in the world, Helen Clark was Administrator of the United Nations Development Programme from 2009 until 2016. In that time she oversaw the UNDP’s work providing advice, training and grant support to developing nations and led its transformation into the world’s most transparent development agency.

In April 2016 she announced her candidacy for Secretary-General. Before taking her UN appointment, Helen was Prime Minister of New Zealand for nine years from 1999 to 2008.

Westminster International Relations Senior Lecturer Dr Frands Pedersen, who contributed to the organisation of the event, said: “It was an honour for our department to co-host this highly inspiring event. ‘My year with Helen’ and the ensuing Q&A with Helen Clark and Gaylene Preston left the audience convinced of the urgent need for greater accountability and gender equality, and also with the belief that through a resilient effort, such change can be achieved.”

Find out more about the Department of Politics and International Relations at the University of Westminster.

Find out more about the University of Westminster Model United Nation Society (The WestMUN Society).