Dr Rachel Aldred, Reader in Transport in the Department of Planning and Transport at the University of Westminster, was part of the expert panel which appeared at the London Assembly’s meeting to discuss cycling infrastructure and necessary actions for its improvements. 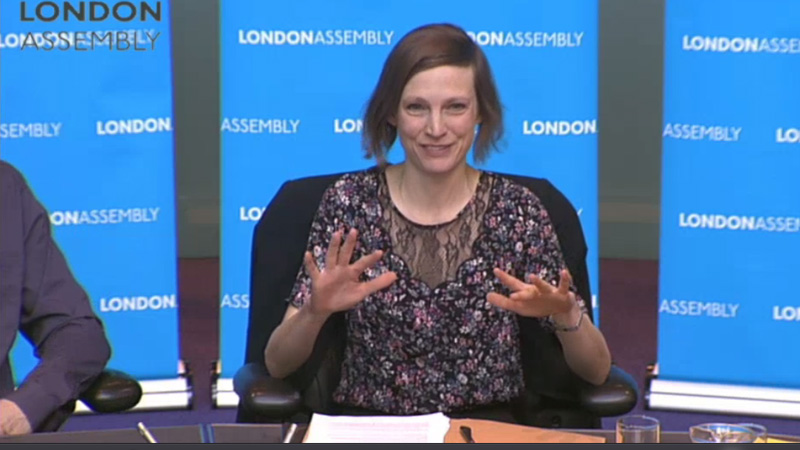 The Transport Select Committee meeting at the London Assembly has concluded that political will may be as big a barrier to building safe cycling infrastructure as poor levels of funding currently allocated to active travel.

At the meeting, Dr Aldred said: “Political will is often therefore the biggest barrier, perhaps even more so than financial constraints. In respect of London there are varying levels of support within TfL and within the boroughs. We haven’t yet managed to mainstream cycling across the board.”

She added: “Cycling remains stigmatised. A paper I’ve written found that many consider that you have to be a bit brave to cycle given the road conditions, and that quickly turns cycling into a marginalised activity deemed not to be for the majority.”

Another startling statistic put forward by Dr Aldred outlined that outer London boroughs are seeing rates of death and serious injury on the road (KSI) for cyclists 2-3 times or even higher than that of inner London, lending weight to the notion that safe infrastructure needs to be further expanded upon.

Dr Aldred, whose work includes the Near Miss Project, spoke of the way cycling is perceived in Britain and agreed that there needed to be a desire on the part of politicians to ensure decent infrastructure was built. She suggested that more data- and evidence-driven policy is needed, for instance setting borough targets for cycling and walking based on the potential for uptake in those boroughs.