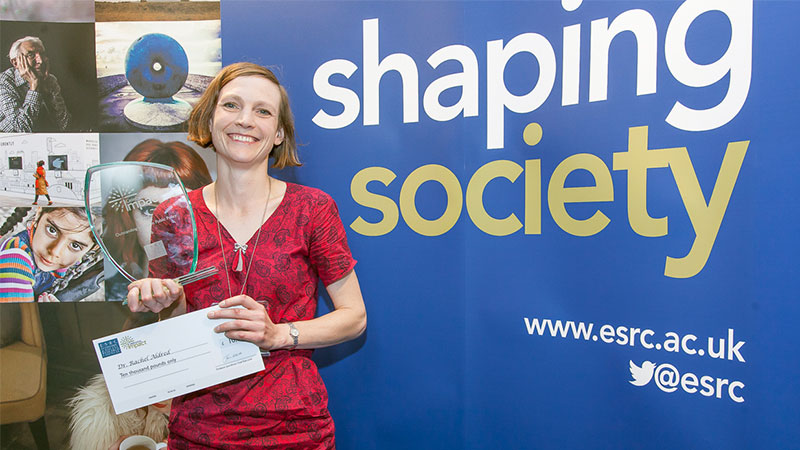 The 10th annual edition of the Progress 1000 honours “progress makers” – the people who are helping to shape the city for the future.

Describing Dr Aldred, the list in partnership with Citi bank says: “A lectureship in transport may sound unexciting but Dr Aldred has made policy debates around the subject cool. She has academic rigour but understands the practical needs of road users. She won the prestigious Economic and Social Research Council’s Celebrating Impact in Public Policy prize and has been at the forefront of moves to create better infrastructure for cyclists in the capital."

Speaking about being nominated Dr Aldred said: “It's very flattering to be described as having made transport policy debates cool! But also exciting to be in an area where my work can make a difference, and where there's now so much public interest.”

Creating an evidence-base for cycle planning, both in terms of locating demand and evidencing benefits, is at the heart of Dr Aldred’s work. She is currently contributing to the Department for Transport (DfT)’s cycling and walking investment strategy through her involvement in the high profile project Propensity to Cycle Tool. This is being used by authorities across England to estimate potential levels of commuter cycling. It can calculate health and carbon benefits from increasing commuter cycling on specific routes and/or areas.

Dr Aldred’s report for British Cycling, Benefits of Investing in Cycling was sent to all MPs and influenced Highways England’s new Cycling Strategy, which pledges £100m to ‘cycle-proof’ strategic roads between now and 2021.

Dr Rachel Aldred is a Reader in Transport and teaches on the full and part-time Transport Planning and Management MSc at the University of Westminster.