Dr David Dunkley Gyimah is joining the School of Journalism at the University of British Columbia (UBC) as its Asper Visiting Professor, taking more than 30 years of experience in video and multimedia journalism with him. 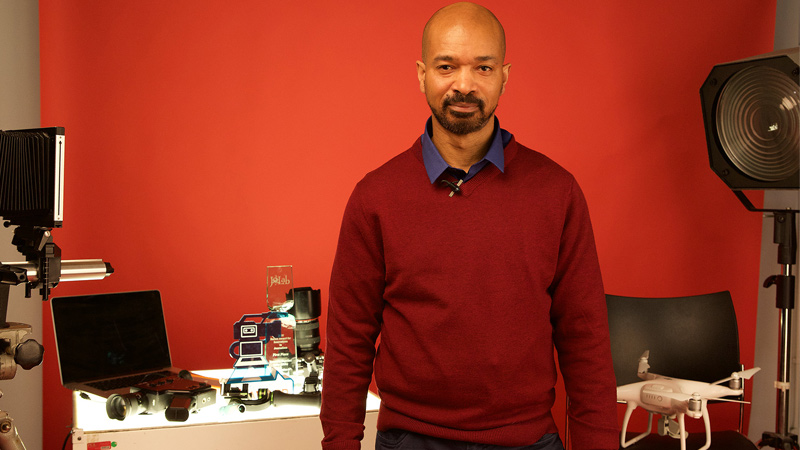 Besides being the Course Leader for the University of Westminster’s newly-formed Digital and Interactive Storytelling LAB MA (disLAB) course which gets students involved in creating multisensory content, extending beyond current ideas in multimedia and online productions programme, Dr Dunkley Gyimah is also a creative technologist, journalist and a filmmaker.

He has worked in the media industry as a producer on shows such as Channel 4 News, ABC News and Newsnight, and was one of the UK’s first official video journalists at Channel One in 1994. He is the recipient of awards such as the Knight Batten Award, and the International Video-Journalism Award in Berlin. He also recently co-produced a UK national exhibition on diverse talent in the UK television industry.

Speaking about his appointment, Dr Dunkley Gyimah said: “I’m truly excited and humbled to be working alongside the journalism faculty at UBC, given their global reputation, and the international status of the faculty.”

He added: “The challenge for journalism educators and digital storytellers is to renew the vigour and trust in journalism whilst innovating the form in storytelling to cope with the many hurdles it faces – which we’re also doing at Westminster.”

As part of his overseas professorship, David will be holding student workshops and a public talk, and he will guest lecture in courses at the School and in other units at UBC. He has also been made Journalist-in-residence at Green College, UCB’s interdisciplinary graduate residential college.

After spending the first six weeks of the second semester in the School of Journalism at UBC, Dr Dunkley Gyimah will return to teaching on Westminster’s Digital and Interactive Storytelling LAB MA course, bringing his newly formed international experience to the course.

Alfred Hermida, School of Journalism Director and associate professor at the University of British Columbia, said:  “I’m thrilled to welcome a leading figure of the calibre of David Dunkley Gyimah as our Asper Visiting Professor. Students will greatly benefit from his expertise, experience and enthusiasm in pushing video storytelling in novel directions.”

Read and watch videos about the experiences of students studying on the DisLAB MA programme at the University of Westminster.