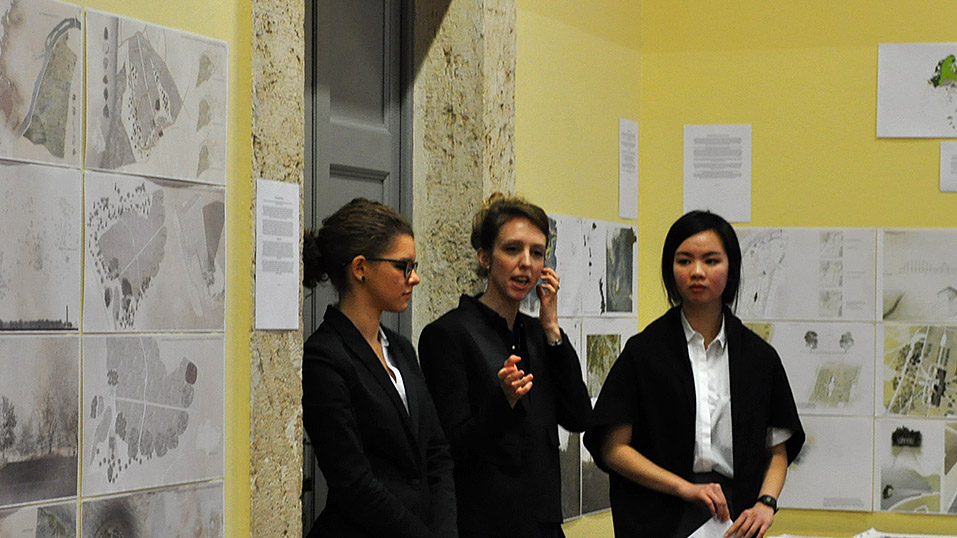 Polyport (or Polyark 3) was a Super Mega Crit, for which the theme was ‘Ports’. Over 100 students from 14 Schools of Architecture converged on Roma Tre University from all over the world including Peru, Romania, Russia, the UK, Egypt and Vietnam to present the fruits of their collaborations over the past year. Students gave their presentations on the theme of ‘ports’.

Westminster’s students made sustainable large-scale propositions for Singapore via Kew Gardens. In Westminster’s definition of trade, our design proposals were used to link London and Singapore through the exchange of knowledge and products between the botanical gardens of both countries. Hence the main narrative sees the design work produced for Kew Gardens in London relocating to Gardens by the Bay in Singapore. This allows for the contrasting differences between Kew Gardens’ royal and historical lineage and Gardens by the Bay as a twenty-first century botanical garden to be examined.

Polyark 3 orginated from Cedric Price’s Polyark project, which sought to unite architecture students across the UK. Fifty years ago Cedric (architect, influential teacher and writer on architecture) published his ‘National Plan’ for the future of UK Architecture Schools. The Plan was structured around a very mobile student population who could select their learning from any number of schools and teachers across Britain. Cedric’s next contribution five years later was to inaugurate Polyark in the form of a double-decker bus converted into a mobile architecture studio, which visited schools around the UK. After his death, this concept was revitalised in his memory with Polyark 2 and Polyark 3.

Sear Nee Ng, one of Westminster’s participating students commented: “I think Polyark has given students a great opportunity to network and exchange ideas with many participating universities. This, in my opinion, could easily be one of the best things in architectural education.”

Constance Lau, tutor on Westminster’s Architecture BA Honours commented: “The event was proof that good architecture (and conversations) are able to break all physical and cultural boundaries. The work, and the student presenters made sure of that.”