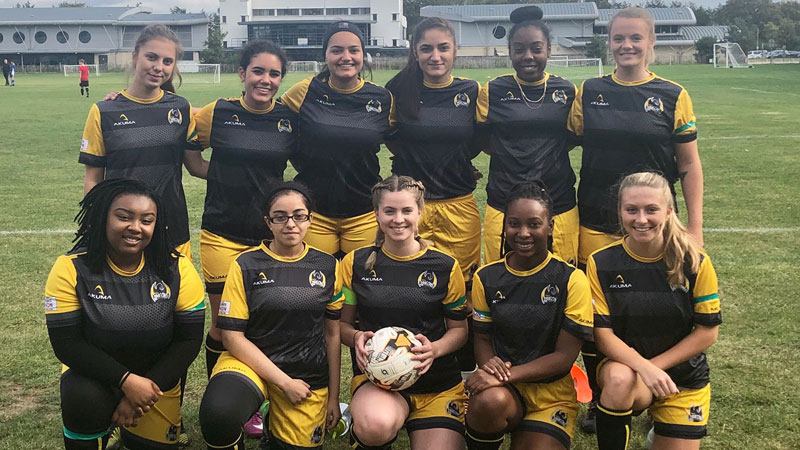 The tournament, organised by Captain Olivia Ponsford, Westminster Criminology BA student, consisted of different rounds in the afternoon between the five teams: Westminster, Greenwich, University of the Arts London, Brunel 1st and 2nd. All the teams wore green arm bands in solidarity of mental health as a way of showing support to the cause.

The tournament raised awareness about the mental health challenges students face at university and encouraged the importance of having a positive space to talk about it without being stigmatised. According to Mind, one in four people experience a mental health problem every year.

Mind provides advice and support to empower anyone experiencing a mental health problem. The charity aims to raise awareness, improve services and promote understanding amongst the large proportion of people suffering in silence. The tournament was very successful and enjoyable, with over £250 being raised.

Olivia, Captain of UWSU Women’s Football, who will also run the Royal Parks Half Marathon for Mind in October, said: “Mental health is one of the biggest battles we can face in our lifetime, and it’s hard to try and face it on our own. Having an event like this shows people they are not alone, but it also shows support for a charity that does amazing work around mental health. Mind have helped so many people, including me, and it’s time we give something back to them.”

Megan Fereday, a Representative of MIND who attended the games, said: "We are so impressed that such a huge event has been put on for our organisation, and we're humbled by the scale of the Westminster team and the time and effort put on by them, particularly Olivia."

This initiative follows a range of events from the University around the importance of mental health for the wellbeing of students and staff.

Find out about the mental health support services offered at Westminster.