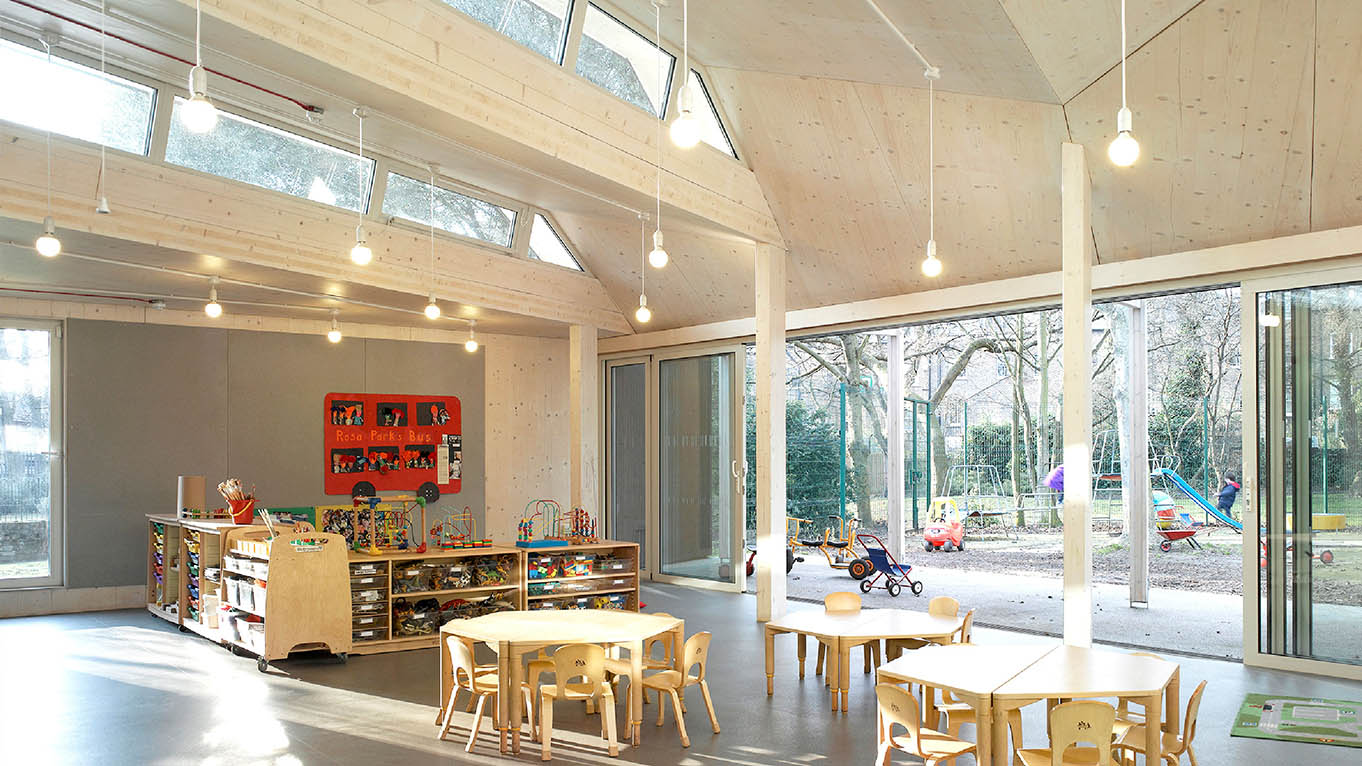 The RIBA Stephen Lawrence Prize is funded by the Marco Goldschmied Foundation, and was set up in memory of the teenager who was setting out on the road to becoming an architect when he was murdered in 1993. The prize, which rewards the best examples of projects that have a construction budget of less than £1 million, is intended to encourage fresh talent working with smaller budgets. The judges for this year's prize was Marco Goldschmied, Baroness Doreen Lawrence, Mary Duggan and Phil Coffey.

Montpelier Nursery is run by Camden Community Nurseries (CCN), a charity and voluntary organisation providing childcare for 2-5 year olds. AY Architects worked closely with CCN and the local community to secure funding to replace an old dilapidated building with a new building on the same location. Tucked away within Montpelier Gardens and surrounded by the rear of terrace houses, the new building is planned around a central flexible playspace that generously opens out to a garden of mature trees. Indoor/outdoor play, children’s learning through nature, the experience of a bright and airy space and the architects’ continual engagement with parents, staff and children are central to the project.

“We are very pleased that the nursery has been recognised with this special award and honoured to have received it from Baroness Lawrence herself,” said Anthony. “The nature of this prize shares the values of the project. This is our first public building and we are excited about the opportunities the award should help to create.”

Read more about the award.