A team from the University of Westminster reached the quarter finals of the Sexual Orientation and Gender Identity Moot at the London School of Economics. 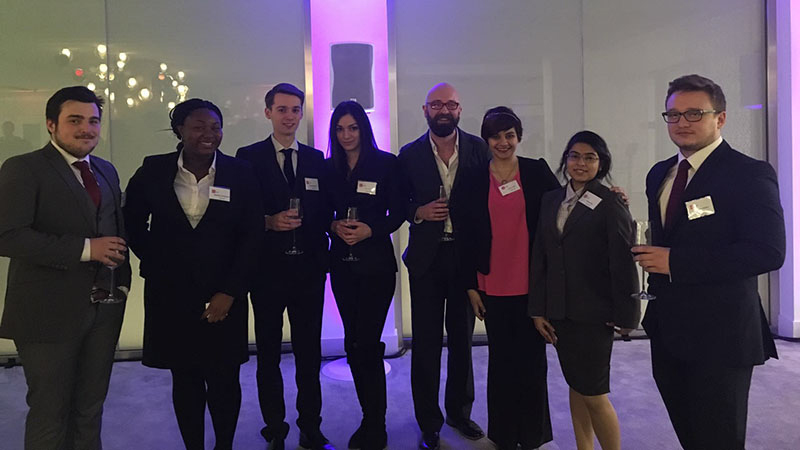 The University of Westminster sent two teams to the LSE-Featherstone Sexual Orientation and Gender Identity Moot, with one team finishing in the top eight out of 36.

That team was formed of Law students Matthew Yardley, Oishee Dey, Amina Altaf and James Bolton. They were narrowly knocked out of the competition by the team from Oxford University.

The two teams competed in the event over two days, and were judged by 47 judges, including a High Court judge, barristers, solicitors and academics. Topics discussed at the moot included LGBT asylum, transgender people in the Criminal Justice System, and the decriminalisation of homosexuality around the world.

Speaking about the successes at the event, Senior Law Lecturer Marc Mason said: “The LSE-Featherstone Moot was a great opportunity for Westminster Law School students to explore legal issues impacting on LGBT+ communities.

“The team performed really well to get through to the quarter finals of this high profile competition, and had the chance to show off their advocacy skills to a range of leading lawyers.”

The event was hosted at the London School of Economics, and included a reception in the offices of law firm Mishcon De Reya LLP. The students, along with all the lawyers involved, also had dinner at Gray’s Inn, and were given a speech by Baroness Lynne Featherstone. Featherstone is a LGBT+ campaigner, and was one of the key people involved in the equal marriage legislation. She also commissioned the first transgender action plan for the UK government.

Find out more about the Westminster Law School.